Islam and The Golden Rule 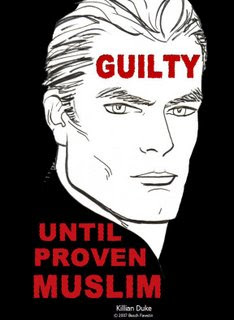 An important post from Robert Spencer and Ali Sina:

Yesterday a Jihad Watch reader wrote to me taking issue with an article I posted here at Jihad Watch four years ago, "The Golden Rule and Islam," by Ali Sina of Faith Freedom, author ofUnderstanding Muhammad: A Psychobiography of Allah's Prophet. "All religions," Sina argued, "invariably, are based on the Golden Rule. Islam is not." Here is the letter I was sent responding to Ali Sina's article:

Islamic Text on the Golden Rule: The Quran: “Serve God, and join not any partners with Him; and do good- to parents, kinsfolk, orphans, those in need, neighbors who are near, neighbors who are strangers, the companion by your side, the wayfarer (ye meet), and what your right hands possess [the slave]: For God loveth not the arrogant, the vainglorious” (Q:4:36)

“Whoever wishes to be delivered from the fire and to enter Paradise…should treat the people as he wishes to be treated.” (Sahih Muslim)

“None of you is a believer if he eats his full while his neighbour hasn’t anything.” (Musnad)

“Do unto all men as you would wish to have done unto you; and reject for others what you would reject for yourselves.” (Abu Dawud)

“Hurt no one so that no one may hurt you.” (Farewell Sermon)

“There should be neither harming nor reciprocating harm.” (Ibn- Majah)

I asked Ali Sina for a response, and he very kindly sent me this:

The Quran is a book of double standards. Indeed there are exhortations to Muslims to be kind to the poor, the traveler, the orphan and the sick. This is to be expected. If you want to start a religion you must preach something good or you’d not find anyone to believe you. You cannot preach only evil. In order to attract followers you must teach things that people like and can easily identify as good. Once they accept you as a prophet, guru or their spiritual guide, then you can do whatever you want and get away with it.

The difference between a true spiritual teacher and a conman is in their consistency. There are several teachings of Muhammad that can be compared to those of Jesus, but the teachings of Jesus are consistent while those of Muhammad are not. Even a criminal can give you good advises, this does not mean this criminal is a good person.

When I was young there was a radio show in Iran called A City within Our City. Every week the producer interviewed a prison inmate on death roll and the criminal would tell the story of his life and what brought him to crime. At the end of the program the producer would ask, whether the criminal had any advice for young people. These criminals often had the best advices. They knew exactly the difference between right and wrong. I recall thinking, if only someone complied the advices of these criminals he could write the best book of guidance. Good words are dime a dozen. If they are not accompanied by good actions they are worthless. In fact the difference between a great man and a conman is in how much their word and deed differ. Even Obama came to power by giving good talks. His entire life however he befriended conmen, terrorists and hateful people. Demagogy is the domain of all charlatans and they are good at it.

We find similar good exhortations in the teachings of Jim Jones who actually based his religion on “social justice”. He even adopted children from many races to set the example.

The problem with the good teachings of Muhammad is that they are reserved for fellow Muslims. When the hadith says “None of you [truly] believes until he wishes for his brother what he wishes for himself,.” it is talking about the fellow Muslims. The brotherhood in Islam does not extend to everyone. The Quran (9:23) states that the believers should not take for friends and protectors (awlia) their fathers and brothers if they love Infidelity above Islam. In fact there are many verses that tell the Muslims to kill the unbelievers and be harsh to them. A clear example that Islam is not based on the Golden Rule is the verse (48:29): “Muhammad is the messenger of Allah; and those who are with him are strong against Unbelievers, (but) compassionate amongst each other.” This is the perfect definition of fascism.

There are many other verses that show the brotherhood in Islam is not universal. The non believers have no rights and should not be treated in the same way that Muslims are to be treated. The entire Quran is a breach of the Golden Rule. The Quran tells Muslims to slay the unbelievers wherever they find them (2:191), do not befriend them (3:28), fight them and show them harshness (9:123), smite their heads (47:4), etc. Are these verses compatible with the Golden Rule?

Islam is the only doctrine that calls upon its believers to do evil to others for the simple fact that they are not believers.

Islam doesn't call upon its believers to do evil to others.

Good. I'm glad you believe that. You're a good man.

Sakina Al Amin, can one do evil to evildoers?

If not, how can humans judge who is evil and who is not?

Actually our superior view of the universe is the only valid one, whereas your views, according to the ONE AND ONLY SUPREME GOD OF THE UNIVERSE, are thoroughly perverted and evil.

So submit to our superior view, or submit to our physical and material dominance over you, or fight us and be killed in the name of our view.

You see now that your view is basically the very definition of evil, whereas our view is absolutely JUST, GOOD, and ETERNALLY PERFECT.

So there you have it. You are obviously very ignorant to ever suggest that our view has anything to do with evil when in fact we bring much that is joyous and good to your evil, pathetic, sinful existence.

Islam calls for eternal jihad against the infidels until they are subjugated and completely lose their freedom of expression in a Shariah state in which religious apartheid is practiced. How do the Muslims expect to arrive at the perfect Islamic state without committing violence to the infidels? This is the view of today's jihadists such as OBL, the Mumbay terrorists and Sudanese government.

How can one continue to support a religion that calls for endless war, supression of women and minorities, beheading, stoning, illiteracy, etc., etc.? Is this not insulting to one's sense of ethics and humiliating to the intellect?