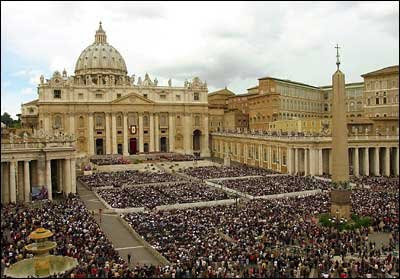 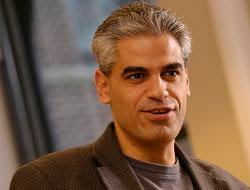 (CNA).- In a surprising move, President Barack Obama announced on Wednesday evening that Miguel H. Diaz, Ph.D., a 45 year old lay Liberation theologian born in Havana (Cuba) is his pick to become the United States Ambassador to the Holy See.

An associate professor of theology at St. John's University and the College of Saint Benedict in Minnesota, Diaz, a strong Obama supporter and father of four, earned his bachelor’s degree from St. Thomas University in Miami, Fla., and his master’s and doctorate in theology from the University of Notre Dame at Notre Dame, Ind.

Diaz serves on the board of the Catholic Theological Society of America, is past president of the Academy of Catholic Hispanic Theologians of the United States, and is a past member of the steering committee of the Karl Rahner Society.

His body of work, which includes some controvesial positions on “inclusivity,” has gained him significant praise from the Catholic left, and his nomination was immediately hailed by pro-Obama Catholics such as “Catholics United” and “Catholics in Alliance for the Common Good,” as well as Prof. Douglas Kmiec.

Diaz's election seems to be the first return that Catholics who have unconditionally supported Obama's policies and appointments have received for their investment in the ticket. Diaz, in fact, is listed as a member of Catholics in Alliance for the Common Good, although he explains his relationship with the pro-Obama group founded by Democratic activist Alexia Kelley as “a response to an invitation to become a theological advisor.”

In a brief statement, Diaz said that “I wish to be a diplomatic bridge between our nation and the Holy See, and if confirmed by the U.S. Senate, I will continue the work of my predecessors and build on 25 years of excellent relations with the Holy See.”

Miguel Diaz served in 2008 on the Obama campaign’s Catholic advisory board. Also in 2008, he donated $1,000 to the Obama Victory Fund.

Although he claims to be a “defender of life in all of it stages,” Diaz was among 26 Catholic leaders and scholars who signed a statement supporting the nomination of staunch pro abortion Catholic Kathleen Sebelius as Health and Human Services Secretary. (Read entire article)

The Catholic League has the following statement:

In choosing professor Miguel H. Diaz to be the U.S. Ambassador to the Vatican, President Obama has selected a man whose writings do not address such hot-button issues as abortion, embryonic stem cell research, doctor-assisted suicide and gay marriage. In that regard, it appears this is a safe choice.

It is disconcerting, nonetheless, to learn that Diaz supported Kansas Governor Kathleen Sebelius for the position of Secretary of Health and Human Services. Sebelius is so extreme on abortion that she has been publicly criticized by the last three archbishops in Kansas City, Kansas. Moreover, when the current archbishop, Joseph F. Naumann, asked her to name a single instance in 30 years of public service where she supported restrictions on abortion, she could not name one. Thus, his decision to request that she not present herself for Communion.

It is a lame argument to say that it is morally acceptable to promote abortion-reducing public policies while jettisoning all legal remedies. If we applied this same logic to racial discrimination, no one would regard someone who worked to reduce the incidence of discrimination while abandoning all legal strategies as a bona-fide opponent of racism. Both approaches would be demanded.

It is a sad commentary on the Democratic party that out of the entire country they can’t field a candidate to represent the U.S. to the Vatican who is unequivocally opposed to abortion-on-demand.

Díaz is a member of the speaker’s bureau of Catholics in Alliance for the Common Good, a pro-Obama organization that was criticized last fall by some Church leaders, including Archbishop Charles Chaput of Denver.

In a speech responding to arguments put forward by pro-Obama Catholic law professor Doug Kmiec, Archbishop Chaput said Kmiec’s “activism for Senator Obama, and the work of Democratic-friendly groups like Catholics United and Catholics in Alliance for the Common Good, have done a disservice to the Church, confused the natural priorities of Catholic social teaching, undermined the progress pro-lifers have made, and provided an excuse for some Catholics to abandon the abortion issue instead of fighting within their parties and at the ballot box to protect the unborn.”

And Díaz also publicly supported the nomination of pro-abortion Catholic Kathleen Sebelius as Obama’s secretary of Health and Human Services. The nomination of Sebelius was opposed by many Church leaders, including her own bishop, Archbishop Joseph Naumann of Kansas City, Kan., who last year publicly requested Sebelius not present herself for reception of Communion because of her pro-abortion record as governor of Kansas.

Comments Deal Hudson at InsideCatholic.com, “It will be interesting to watch how the confirmation process proceeds with Prof. Diaz. Questions will be asked about his suitability as a U. S. diplomat to the Holy See. The Holy See itself may express reservations about his visible support for a pro-abortion Catholic like Sec. Sebelius.”

BHO is standing true to his 'education'>>>His mentor's (Ayers) mentor was Saul Alinsky-who honored Lucifer in his book _Rules for Radicals_...
He's raising a certain finger to Christians ...cleaver- not good- but very slick....
C-CS

You know its too bad this actually isn't the worst thing Obama has done. Truth be told the Vatican doesn't even have to recognize him as a diplomat. I not saying this was a good idea, but it may turn out that the worst that comes of this is that Obama just makes the church leadership angry at him. Which in the long run, may get more Catholics to oppose Obama. Given his track record on this and many other things, I can't say that would be a bad thing. Still I wish he would show at least this level of insensitivity toward our Islamic enemies. Obama doesn't care enough about what the Vatican might think, to consider appointing someone who doesn't have a track record of supporting abortion, and other things the church vehemently opposes, yet he bends over backwards not to say or do anything that might offend Muslims who want to kill us.

THEY ARE WHO WE THOUGHT THEY WERE

By far the most leftist people in govt.

There is an unconfirmed rumor that this is actually the 4th candidate they have presented.

The Holy See can reject him, as they did the first ambassador France tried to install under Sarkozy, who was openly and flamboyantly gay.

This is what I would urge them to do...seems like the Dems can't find any Bob Casey, Sr. types, in the party willing to serve in this capacity.