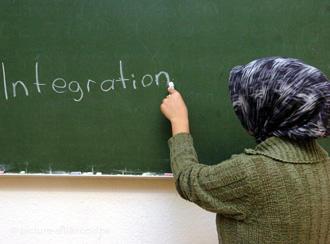 Redneck Texan sends this along with a sagacious/prescient observation:


I think this is by design to cause communal violence, and provoke a strong response. A "you better get on this train to Turkey for your own safety" kind of response.

Interesting to note that this is a Leftist plan that cant be blamed on the far Right.

It seems that migration policies of a leading country in Europe, France, are seriously changing. The country is no longer able to hold back the crowd of migrants, many of whom do not want to integrate into the social and economic life of their new home country. The upcoming radical changes for migrants were announced by French Interior Minister Manuel Valls.

After a meeting on the National Immigration and Integration, French Interior Minister Manuel Valls announced significant changes in the country's migration policy. The government will reduce financial assistance to immigrants, and this reduction will be substantial. Starting March 1 of next year, French immigrant benefits will be reduced by 83 percent. The amount of compensation to immigrants who voluntarily want to return home will be also reduced. If earlier the government paid 300 euros for every adult and 100 euros for every minor, in March of 2013 these amounts will be reduced to 50 and 30 euros, respectively.

One of the main provisions of the new immigration rules in France is the reduction of unemployment benefits. New rules will directly affect many of the immigrants who do not want to be of real assistance to the country and whose main goal is the existence at the expense of French taxpayers.
Posted by Pastorius at 4:32:00 am

Great! Finally Europe is waking up! France is now in line with the Netherlands, where similar policies of integration and reduction of benefits were recently announced!.