The Netherlands to Abandon Multiculturalism

The Netherlands , where six per cent of the population is now Muslim, is scrapping multiculturalism: 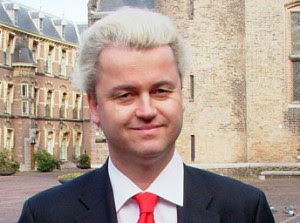 The Dutch government says it will abandon the long-standing model of multiculturalism that has encouraged Muslim immigrants create a parallel society within the Netherlands ..
A new integration bill, which Dutch Interior Minister Piet Hein Donner presented to parliament on June 16, reads:
“The government shares the social dissatisfaction over the multicultural society model and plans to shift priority to the values of the Dutch people.
In the new integration system, the values of the Dutch society play a central role.”
With this change, the government steps away from the model of a multicultural society.
The letter continues: “A more obligatory integration is justified because the government also demands that from its own citizens.
It is necessary because otherwise the society gradually grows apart and eventually no one feels at home anymore in the Netherlands ..
The new integration policy will place more demands onimmigrants.
For example, immigrants will be required to learn the Dutch language and the government will take a tougher approach to immigrants who ignore Dutch values or disobey Dutch law.”
The government will also stop offering special subsidies for Muslim immigrants because, according to Donner;
“It is not the government’s job to integrate immigrants.”
GO READ THE WHOLE THING.
Posted by Pastorius at 2:21:00 pm

Anything to do with the Muslim bastard inviting the Queen to Islam? Or was this bill drafted before that?

Here's the link to that story: