Azamat Tazhayakov and Dias Kadyrbayev are from Kazakhstan

Friends of Dzhokhar Tsarnaev arrested last week who cruised around in a car with the ‘Terrorista #1’ license plate have also been revealed to be two of the group of friends recently photographed with the Boston Marathon bomber in Times Square.
The two 19-year-old men from Kazakhstan are Azamat Tazhayakov and Dias Kadyrbayev. They were classmates of bombing suspect Dzhokhar Tsarnaev at the University of Massachusetts Dartmouth.

Authorities say they were detained for immigration violations on April 20 after being questioned in connection with the attack, which occurred a few days earlier. 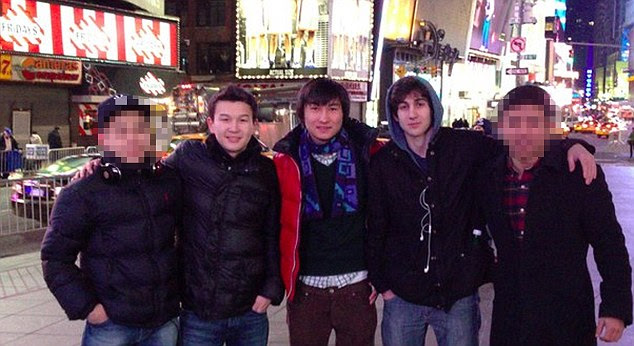 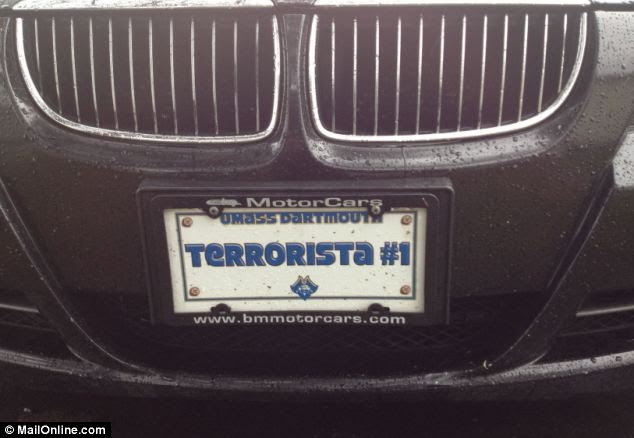 Dzhokhar Tsarnaev's friends liked to cruise around in a car with the ¿Terrorista #1¿ license plate
A lawyer for one of two jailed college friends of a Boston Marathon bombing suspect say they had nothing to do with the deadly attack and had seen no hints he harbored any violent or terrorist sympathies.
Kadyrbayev's lawyer, Robert Stahl, says the students are shocked by the allegations against Tsarnaev and just want to go home.