Is the Catholic Catechism's view on the Muslim god wrong? 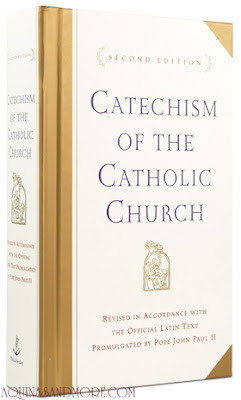 According to the Catechism of the Catholic Church,1 paragraph 841, Muslims together with the Catholics, "adore the one, merciful God."  This cannot be true.  The Muslims and Catholics do not adore the same God.  In order to provide sufficient context for the quote from the Catechism, I have cited 2 paragraphs before and after paragraph 841.
If the Catholic Church is stating in paragraph 841 above, in the Catechism of the Catholic Church, that there are those within the Muslim community who may find salvation by becoming Christians and not remaining Muslims, then I would agree.  But, it does not appear to be saying this.
What is disturbing is the statement that "together with us they [Muslims] adore the one, merciful God, mankind's judge on the last day."  So, Catholics and Muslims both "adore the one, merciful God."  Quite frankly, it would seem that the Roman Catholic church has a faulty understanding of the God of Islam.
Islam acknowledges that it serves the God of Abraham, Isaac, and Jacob.  But in so doing it is stating that Abraham, Isaac, and Jacob, were Muslims!  Furthermore, Islam denies that God is a Trinity.
Since the Trinity is the true biblical doctrine of God, how can the Muslims who deny the Trinity "adore the one, merciful God"?  They cannot.  Furthermore, in Christianity, Jesus is divine in nature (John 1:1,14; Col. 2:9).  Yet, the Quran states that Jesus is not divine:
Obviously, the Muslims do not adore the one true merciful God because they serve a false god.  They deny the Trinity and the deity of Christ.  Quite simply, they deny the true God and are not capable of adoring the true God as long as they hold to the false teachings of Islam. Therefore the paragraph in the CCC cannot be correct.

"The Church's relationship with the Muslims. "The plan of salvation also includes those who acknowledge the Creator, in the first place amongst whom are the Muslims; these profess to hold the faith of Abraham, and together with us they adore the one, merciful God, mankind's judge on the last day." (CCC, 841).

Yes, it is wrong! Like the idea of calling Islam an Abrahamic religion.

Ignorance is bliss . . .if only, briefly. If the Catholic Church believes this nonsense will grow and maintain it's flock, it is in for a very rude awakening.

If I am not mistaken, the Catholic Church has believed this nonsense for a very long time.