Is Islam a Single Nation-State? Should We Treat It As Such? And, Is That a Pacifist Position? 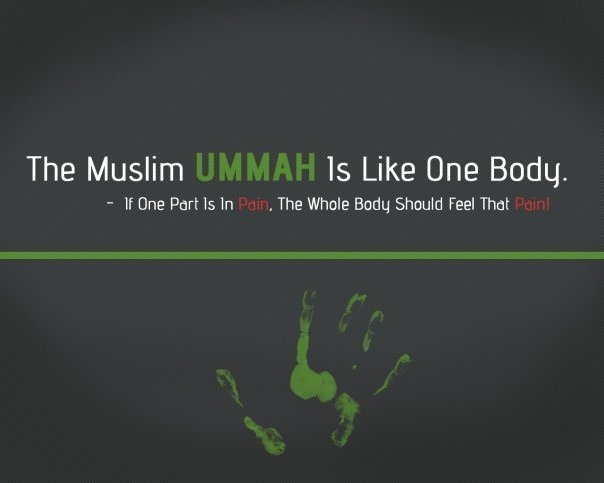 
Mangan brings forth the realist righty viewpoint of Tsarnaevaean terror:

I mean, we’re just fighting a nice little war (formerly at least two wars), using overwhelming military force, maybe a little torture, what the heck, but they deserve it. [...] The fact that all of our little wars lately has been against Muslim countries has not gone unnoticed either by Americans or the Muslims. And the Muslims are striking back in the only way they know how, by killing civilians.

The ummah is an inchoate cooperative, not a Khalifah.
It has non specific, but directed goals.
It has actors but few leaders.
It has diffuse practitioners, but a concentrated idea.
I'm not sure they can ever form a caliphate now. I thought the MB would do it. That it would coalesce quickly. Maybe it still can and the death of Assad folowed by a salafi takeover will be that catalytic agent

The concept of Ummah, I thought, was clear in the West already. WTF?

Then you also have the division between Shiites and the Sunnis. This caliphate thing isn't going to materialize anytime soon.

As for this guy writing the article. I mean, how naive does one have to be? Why would you attack Iran if Sunni Muslims attacked you? The only way you're hitting back at these terrorists is if you attack Mecca or Medina every time a Muslim terrorist attacked civilians. BUT Mecca and Medina are always full of people and I don't expect any civilized government to attack and kill civilians just for revenge (at least I hope they don't). But my point is attacking Iran isn't going to hurt Sunni Muslims. And the West doesn't have a big Shiite terrorist problem yet.

I think the writer was being a bit sarcastic. In other words, if the Boston bombers are using the excuse that we bombed Iraq and Afghanistan, as to why they bombed Boston, then that reason can only be because we bombed muslims.

Afterall, the Boston bombers were not from Iraq or afghanistan.

So, if we were to use the same excuse as them, we could get back at "them" by bombing any muslim country.

In other words, the boston bombers believe that all muslims, are one. No matter where they live.

Yeah I get that part. However this belief that all Muslims are one is not just what terrorists believe. Its part of the religion.

The point I was making was though that this "brotherhood" between the ummah breaks apart when one considers the differences between Shiites and Sunnis.

So in that respect if Sunni terrorists attack you, you attack Iran then you're not really hurting the terrorists in anyway, you're actually helping them since killing Shiites is job # 2 once they're done with infidels.

I definitely understand your point about the differences in Muslims.

Anybody who followed the Iraq war closely, learned that the hard way.

I personally can't see any "one nation" forming.

They'd all kill each other.

LOL. Exactly. Muslims have an idealistic view of the Caliphate ("once we have the caliphate, all will bow down to the great civilization of Islam and Allah") but any reading of history of Islam shows that Islam has not only always been at war with the infidels but has also been at war with itself.

It was Muslims who assassinated the third caliph (I believe it was Uthman, the dude who burned all the Qurans that deviated from the version he liked) and also killed Ali who was Mohammed's son in law (and I believe cousin or nephew or some sh*t), married to his favorite daughter Fatima.

It was also Muslims who murder Hussein, Mohammed's grandson (and also Hasan, I believe. But don't quote me on that one).

Muslims have a history of murdering each other for differences in faith and politics within Islam.

If Muslims were left alone to their own devices, they'd just kill each other and after they massacre each other is the only thing that MIGHT make the rest of the Muslims call for change and modernity in Islam.

Any action taken by the West to modernize Islam is going to backfire with conspiracy theories that Christians and Jews want to destroy Islam. The way Muslims will leave behind the barbarism of Islam is if Islam brings about horrible massacres of their own. Because then they won't KNOW who to go after for revenge. Then they MIGHT be broken (That's my theory of course. They might turn around, blame the West for the Muslims who bring about the massacre and continue their jihad)..

I believe only something really terrible within the Muslim world will be able to stop these murdering barbarians. The only other time Muslims stopped jihad out of fear was when the Crusaders murdered any and all Muslims in sight. Rumors of Crusaders not only killing Muslims but also eating their flesh spread so fast that Muslims started painting their doorposts blue out of fear (to ward off the evil Crusaders who were coming to murder everyone). Other than that period, Muslims have only been on the offensive because they haven't been defeated and humiliated like that since.

The world's move towards politically correct handling of muslims, is not helping.

Not only are they gradually losing their fear, but the world is giving them credence.

It's unbelievable how many people in this world actually support their use of violence.

Saying in essence, they have a right to want to kill us, because we killed muslims.

Yeah that moral relativism is BS. People always love saying "well uh we killed them so ...". You go back in history (for example, the barbary wars) then they jump to "Ah EVIL CRUSADES" and that's where they think things started. Big Bang and CRUSADES!

People forget that the Crusades happened because of 400 years of relentless attacks by Muslims against Christian Byzantine Empire.

Liberals are despicable people who always justify Muslim terrorism. They're the same people who justify black racism against whites because "whites started slave trade" (ugh, don't get me started on that).

My biggest beef with these people is their refusal to read history.

They act like everything that is going on now with regards to the muslims, just started.

They act like we started having wars in the 40's.

Yeah, I feel the same way regarding the racism. If only they would pick up a history book, they would really be shocked.