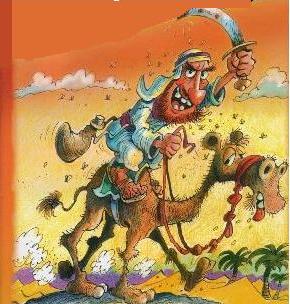 
In 539 BC, King Belshazzar of Babylon saw a dismembered hand-written four prophetic words on the wall. This "handwriting on the wall" was finally interpreted by the prophet Daniel as predicting the fall of the kingdom.

He was right. Babylon fell to the Medes-Persians that very night. Like the “handwriting on the wall” that Prophet Daniel had interpreted, there are four Arabic words, which could lead to submission of the entire world to Islam, if non-Muslims do not fully understand their meaning and implications.

Each of these words describes a different style of deception used by Muslims when discussing Islam or their activities as Muslims.

Western civilizations are not accustomed to dealing with people, who have developed deception into an art form. Knowledge is power, and the best way to combat the Islamist agenda is to say, “We are wise to your shenanigans. Knock it off!”

Video: The Legacy of Arab-Islam in Africa – Author Interview
"An interview with John Alembillah Azumah, the author of "The Legacy of Arab-Islam in Africa".
John speaks of his experience as an African in Western Universities talking about Islam related subjects:
ff:12:11
John: "...very frustrated that, especially back int he '90's when I was doing my studies, that Western academics were shying away, almost self-censuring on themes of jihad, violence centered around jihad, and the slave raiding. The slave raiding was very massively undertaken by muslim societies in Africa. Some only noted it in a footnote and don't want to discuss it. That was very frustrating. Meanwhile they would talk openly and freely about the Western transAtlantic arrangement of the slave trade. For me, this painting of a very romantic picture of the Islamic past in Africa was hindering interfaith dialogue and dialogue between muslims and Christians in particular. Especially in the situation where the radical muslim groups were laying claim to these histories, this romanticized histories, that was written mainly by Western scholars that they had a golden age of islam in Africa that they want to return to . Unfortunately, many of the groups that we have today that ideological radical muslim groups and even boko haram in Nigeria are laying claim to some of these romanticized history that has been contributed by scholarship of Western academia on the life in Africa. This is what I'm trying to challenge and ask questions about....