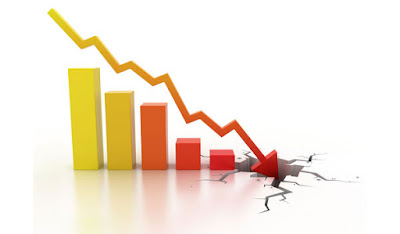 
The U.S. economy likely contracted in the first quarter as it buckled under the weight of unusually heavy snowfalls and a resurgent dollar, but activity since has rebounded modestly.

The government is expected to report on Friday that gross domestic product shrank at a 0.8 percent annual rate instead of growing at the 0.2 percent pace it estimated last month, according to a Reuters survey of economists.

A larger trade deficit and a smaller accumulation of inventories by businesses than previously thought will probably account for much of the expected downward revision.

With growth estimates so far for the second quarter around 2 percent, the economy appears poised for its worst first half performance since 2011.

Economists, however, caution against reading too much into the expected slump in output.

They argue the GDP figure for the first quarter was held down by a confluence of temporary factors, including a problem with the model the government uses to smooth the data for seasonal fluctuations.

Ah, so that's it. There is a problem with how they ADJUST THE NUMBERS.

They need to do a better job of adjusting the numbers.

Sounds like Global Warming, right?
Posted by Pastorius at 1:25:00 pm

Sounds like what I've been saying for 6+ years now