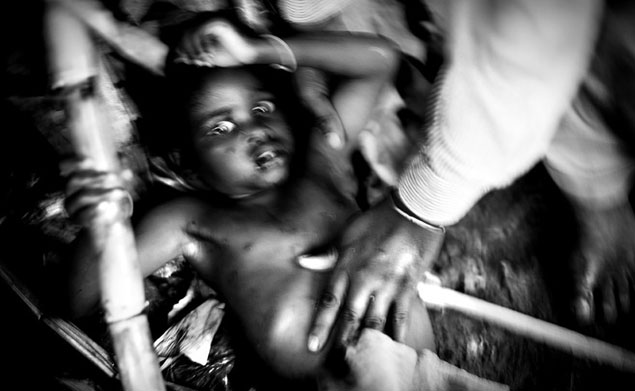 (Photograph meant to be illustrative of the story, not truly related to news story depicted here)

If Allah is not Satan, his followers sure are trying to convince us he is.


Harrowing accounts of the sexual abuse endured by women and girls at the hands of Islamic State fighters are being recorded by a young Swedish-Kurdish activist living in Kurdistan region named Delal Sindy.

Of all the tragic accounts Sindy has encountered, the case of a 17-year-old Kurdish Yezidi girl we’ll call Suzan has drawn the most online interest. A Facebook post about Suzan’s experience has earned over 10,000 shares.

Suzan’s story is more than just a heart-breaking story of cruelty, slavery and sexual abuse. It also underscores the social stigma that follows some of the abused women for the rest of their lives.

Suzan was held captive by an ISIS militant known as Al-Russiyah. He kept several women as sex slaves until he was killed alongside his bodyguards by Peshmerga forces nearby Shingal.

She was later transferred to the ISIS stronghold in Syria, Raqqa, where there she and dozens of other women were examined to determine whether they were virgins.

“The virgins were taken to a room with 30-40 men. They lined us up and pointed who they wanted,” she said.

“I thought I might be lucky, I was not as beautiful as the others” Soon, however, she was bought by a man from Chechnya who purchased her and two other girls in a matter of 10 minutes.

“They forced me to say things from the Quran during the time they did their actions, and if I didn’t they whipped me.”