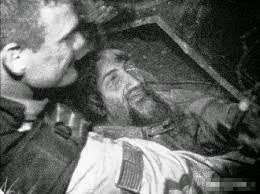 
Noam Chomsky, Bob Woodward, U.S. foreign policy, Islam — these are the names and topics that one would have stumbled upon if perusing Osama bin Laden’s bookshelf in his Abbottabad, Pakistan, compound.

Four years after the bin Laden raid, the United States has declassified a list of 39 English-language books the former al-Qaeda leader had on display at his home. The non-fiction books include topics such as: U.S. conquests abroad:

The two Chomsky books Bin Laden had on his shelves when Navy SEALs ended his miserable life:

I don't think it is.