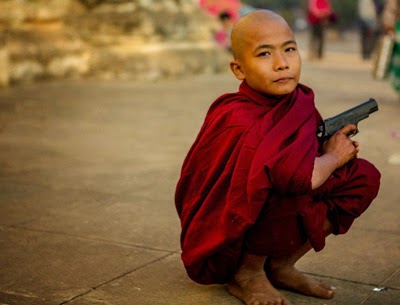 “Prime Minister Tony Abbott has ruled out Australia resettling any Rohingya refugees, warning that asylum seekers who take to boats must not be rewarded with a new life in a Western country.
“Nope, nope, nope,” Abbott told reporters Thursday when asked if Australia would resettle any of the thousands of Rohingya Muslims fleeing persecution in Myanmar and Bangladeshis landing on shores of Southeast Asian countries.
“We are not going to do anything that will encourage people to get on boats. If we do the slightest thing to encourage people to get on the boats, this problem will get worse, not better,” he added.
Australia is a signatory to the United Nations Refugee Convention and is one of the world’s most generous countries on a per capita basis in taking in refugees, resettling 13,750 a year. But it refuses to accept asylum seekers who attempt to reach its shores by boat.
“Our role is to do everything we humanly can to stop people smuggling and the best way to do that is to make it absolutely crystal clear that if you get on a leaky boat, you aren’t going to get what you want, which is a new life in a Western country,” Abbott said…..”

Look at how racist the Skinhead Buddhist monks are against the poor widdle Muslims.

Never fear, though, Marie Harf says American is more than willing to take in the horribly oppressed Muslims:


Spokeswoman Marie Harf said early Thursday Thailand time that the US is prepared to take a leading role in any multicountry effort, organized by the United Nations refugee agency, to resettle the most vulnerable refugees.

In the past three weeks, more than 3,000 people - Rohingya Muslims fleeing persecution in Myanmar and Bangladeshis trying to escape poverty - have landed in overcrowded boats on the shores of various Southeast Asian countries.

Aid groups say thousands more are stranded at sea after human smugglers abandoned their boats because of a crackdown by authorities. Indonesia, Malaysia and Thailand have been reluctant to let the Rohingya in and have turned boats full of hungry, thirsty people away, because they fear a flood of unwanted migrants. But on Wednesday, they relented.

Ms Harf welcomed the governments' decision "to uphold their responsibilities under international law and provide humanitarian assistance and shelter to 7,000 vulnerable migrants."

The US would consider requests from the U.N. High Commissioner for Refugees and International Organization for Migration for funds to help receive and screen refugees as they come to shore. Ms Harf said that since last Oct 1, the US has resettled more than 1,000 Rohingya.

"I think the Malaysians and the Indonesians have requested some help resettOne must have a heart of stone to read the death of little Nell without laughing.ling people. We're taking a careful look at the proposal," the spokeswoman told reporters in Washington. "It has to be a multicountry effort. We obviously can't take this all on ourselves. But we are prepared to play a leading role in this effort."

It's just so horrible what all the thuggish Global Warming Deniers of the world are doing to those poor Muslims.

One must have a heart of stone to read the oppression of these poor innocent Muslims without rolling on the floor and laughing your ass off.


‘A Rohingya boy who recently arrived in Indonesia holds a ball adorned in international flags’, in a shaft of sunlight no less, in the photo accompanying this Guardian ‘analysis’ (acute nausea warning): 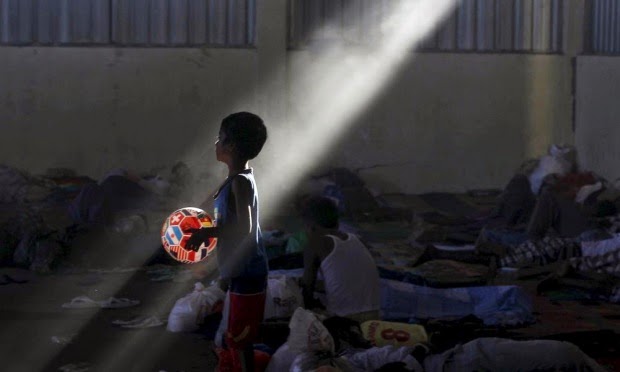 Sad little Muslim boy lives alone on the street, his only friend a brightly colored ball

Why is Aung San Suu Kyi silent on the plight of the Rohingya people?

Burma’s opposition leader appears to be cowed by her need to dampen ethnic tensions and win votes from an electorate in the thrall of Islamophobia.

AND DID I FORGET TO MENTION THIS?


The Independent: Aung San Suu Kyi’s silence on the genocide of Rohingya Muslims is tantamount to complicity