Scenes From the Decadent Period of the Dying American Republic 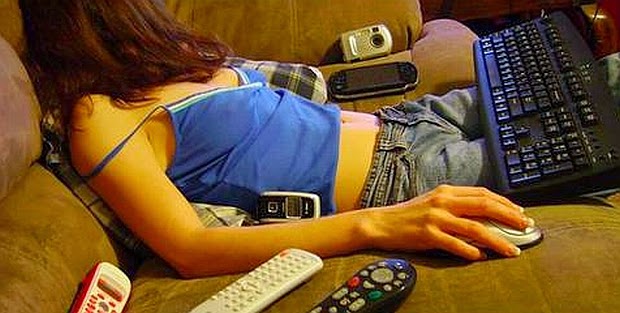 
Editor’s Note: Trigger warnings for sexual assault. To find out more about support options available for survivors of sexual abuse, visit the official website for RAINN, the nation’s largest anti-sexual violence organization. ... Those hopes crumbled into a million pieces last night, when Sansa was raped by Ramsey as Theon/Reek was forced to watch. ...

Using rape as the impetus for character motivations is one of the most problematic tropes in fiction. Rarely is it ever afforded the careful consideration it deserves. Was there more gravity given to the act on Game of Thrones than in the past on the series? I would say yes; however, it took Sansa from her growing place of power, cut her off at the knees, and put the focus on Theo'’s ordeal, instead. ...

After the episode ended, I was gutted. I felt sick to my stomach. And then I was angry. My next thought was, "I'm going to have to spend part of the next six months explaining why this was a bad move over and over."

The Daily Mail, a journal about things that actually happened in the real world:


[no trigger warning included] Stripped naked and sold to the highest bidder: How ISIS is sending the 'prettiest Yazidi virgins' it abducts to slave markets in Syria ISIS committing horrific sex crimes against girls, United Nations has found 'They are sold naked to Islamic State leaders and soldiers at slave markets'

It has previously abducted hundreds of Yazidis from across northern Iraq

The HuffPo, a website for people to read while folding sweaters at The Gap:


Why Talking About 'Game Of Thrones' Rape Is Important For Feminism By Emily Tess Katz ...

Dr. Michele Polak, an English professor at Centenary College, shares The Mary Sue's reservations, arguing that the rape served more to advance a male character's storyline rather than that of the Sansa Stark, who was raped. "I think it was there to move the narrative of her brother," Polak told HuffPost Live on Thursday. "I think that really did great for his narrative more than it did for Sansa's." ...

Slate contributor Amanda Marcotte and contributing editor to Washingtonian magazine, Hilary Kelly, joined the discussion of what is meant by a "gratuitous rape scene" and whether "Game of Thrones" can depict rape in service to a broader, important cultural conversation.

The Washington Post, a journal of things that really happened in the real world (though they have plenty of She the People bloggers who prefer to talk about things that happen on TV shows):


[no trigger warning provided] Hundreds of kidnapped Nigerian school girls reportedly sold as brides to militants for $12, relatives say ... The news of the mass marriage come from a group of fathers, uncles, cousins, and nephews who gather every morning to pool their resources, buy fuel, and journey unarmed to forests and border towns in search of the missing girls. They learned this week, they said, that mass wedding ceremonies had occurred on Saturday and Sunday. The insurgents reportedly shot their guns into the air after taking their new brides, and split them into three groups. They were then reportedly moved out by truckload. "It's a medieval kind of slavery," village leader Bitrus told the BBC.