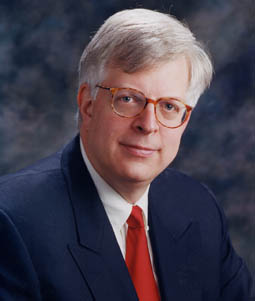 Dennis Prager is one of my favorite people. I have learned so much from him over the years. It is safe to say that without him I would not be blogging today.

This week he has a very important column on why the American news media will not publish the Mohammed Cartoons. Here's a short excerpt, but stay tuned for my commentary, because this one is important:


American news media have suffered in recent years. Thanks to the Internet and talk radio, millions of Americans have ceased relying on The New York Times and CNN for their written and televised news.

But it is difficult to recall a greater blow to the credibility of American news media than their near-universal refusal to publish the Mohammed cartoons originally published in a Danish newspaper that have brought about worldwide Muslim protests. This loss of credibility owes to two factors: dishonesty and cowardice.

Everyone and his mother knows why the networks and the print journals haven't shown the cartoons -- they fear Muslims blowing up their buildings and stabbing their editors to death. The only people who deny this are the news media. They all claim that they won't show the cartoons because of sensitivity to Muslim feelings. 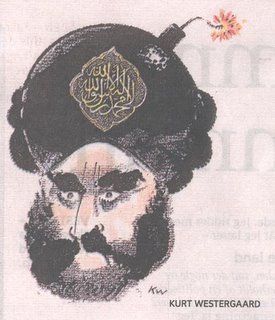 Which brings us to the other reason for the latest blow to the news media's credibility: They are lying to us. If some politicians were telling lies as blatantly as the news media are now, the media would be having a field day exposing those politicians and calling for their removal from office. But, alas, what TV news station will criticize another TV news station? And what newspaper or magazine will criticize another newspaper or magazine?

So, without anyone in the media holding them accountable, the news media continue to believe they can fool nearly all the people all the time when they say they are not publishing the cartoons out of respect for Muslim sensibilities.

(you knew that was coming, didn't you?)

It occurred to me that Mr. Prager hasn't published the cartoons either. So, here it is, my call out to Dennis Prager:

I'm going to be very honest here. I am tired of doing the heavy lifting for the media. Writing this blog wears on me.

Of course, there are many bloggers who are doing what we are doing here at IBA, so it's not like I am alone in this, but, at the same time, I am not an editor, publisher, or political commentator (that, I'm sure, doesn't come as a shock to any of you who read my crap on a daily basis), I am a sales guy in the media world. That's my job, not this blog.

And yet, it is people like me who have to do this work because the American media refuses to do so.

This is said in all sincerity Mr. Prager. We need some help.

What is happening to our nation when sales guys, policemen, housewives, and marketing people are left to do the work of disseminating the most important truths of our time?

Now, the fact of the matter is, Dennis Prager is on our side. So, why do I call him out? Well, because he needs to step up and put his whole self where his mouth is, just like all of us bloggers have done.

Let's start calling out all the print commentators, and TV commentators who are giving lip service to free speech without actually going the extra mile.

P...Please try a resend to me...I have received nada, nothing, zippo...

I just resent the invitation.

I just resent the invitation.

That's a good question, Uncle Pavian. Actually, I resent having to re-send the invitation, but Epa is pretty damned funny, and his content is important.

So long as the Blogosphere is free and active, it really doesn't matter what the MSM does.