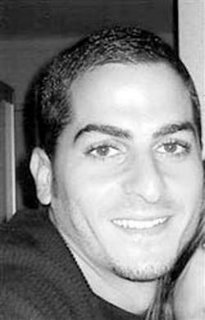 
Nothing to see here, move along:


Ilan Halimi was found critically wounded, naked and hand-cuffed along a railway track in the suburb of Saint Genevieve des Bois, 30 kilometres south of Paris on Monday, three weeks after he was kidnapped by a gang in Paris.

The victim, who was burnt and cut on 80 percent of his body, died of his wounds as he was taken to hospital.
Judiciary Police Chief Francois Jaspar and general attorney of Paris Jean-Claude Marin said that at least three other similar criminal kidnapping attempts have been reported since last December, but that previous ones have failed.

In each case, one of three young women, a blond, a brunette and an Arab woman, or a young man would attract the victim on a date, during which the victim would be attacked by the rest of the gang. Ilan Halimi was the only victim who was caught by the gang.

Jaspar and Marin did not mention the victim’s Jewish identity or any anti-Semitic aspect in this affair but community security services suspect the kidnappers who tortured the young man may have had anti-Semitic motives.

Britain’s al-Guardian says the killers were inspired by videos from Iraq.

Criminals who tortured and killed a young hostage, keeping him naked and hooded and burning him repeatedly before throwing him from a train, were inspired by images from Iraq, according to a French prosecutor. Jean-Claude Martin, a senior government lawyer, said that the kidnappers, who kept their victim imprisoned for three weeks, were ‘repeating things they had seen practised elsewhere’.

Police have distributed a picture of Youssef Fofana, 26, who is the presumed head of the gang. Last week, a young woman, suspected of acting as ‘the lure’ in the murder, gave herself up. Raids then resulted in the arrest of 15 other suspects, aged between 17 and 32, in a poor suburb of Bagneux, near Paris.

The 23-year-old victim is thought to have been starved and tortured while negotiations with his family for a ransom continued. According to a police source, the violence was ‘gratuitous, extreme, spontaneous and without any limits or boundaries’.

The gang was composed of jobless youths from the suburbs around Paris which erupted in violent riots last autumn. They are believed to have made several previous attempts at kidnapping. According to the Liberation newspaper, the gang was inspired by a film which had itself been inspired by a press report.
Posted by Pastorius at 2:15:00 am

What a sad, sad story. I guess that's the way of the wild muselmen. Has anyone tested these people for rabies?

I said to my husband "They're going to have a 'Muslim Olympics'."

I laughed, and added "They're going to have 'kick the goat head' and 'cut off the infidels head'."

He said "And stone throwing?"

Thought you could use some humor after reading this sad story.

What are the wise words of the day?

Heh, what would we exchange the fascists for though. Maybe they could send us their adulterers and homosexuals.

This story made my blood curdle. Cute how the French authorities say it had nothing to do with anti-Semitism. I guess the Holocaust didnt either. Ilan Halimi, rest in peace.

atlas, you were. Brussels Journal has an article too. Your is better and I made a reference to it in the comments.

The worst kind of blindness is chosen.


This is actually FUNNY...
"The gang was composed of jobless youths from the suburbs around Paris which erupted in violent riots last autumn. They are believed to have made several previous attempts at kidnapping"

Jobless youths?
Thugs educated minimally in the name of god to believe jews are inhuman money grubbing animals who steal people's organs for themselves, while not too busy running banks, media, and dictating to bushitler...let's send Roger Ailes to run Sarkozy's coming campaign.

No,,, I thought i saw it somewhere over on your blog. It would be like what Greece and Turkey did at the turn of the 20th century. Turkey took the muslims from Greece (millions) and Greece took the Christians from Turkey (millions). Greece is now a great place to visit (although the muslims are starting to slip in again).

I know some Lebanese muslims, so they could go back and Christian Lebanese could come over and take their place. That way we'd have a coherent culture.

hi Im english christian. It doesnt surprise me that the frogs say this vile murder has nothing to do with anti semitism.Here in england when these gangs of scum attack people the first thing the police do is make excuses for them.In fact throughout western europe this scum can do no wrong in the eyes of liberal politicians.We literally need an infidel alliance against socialists, liberals and muslims. Muslims do not belong in europe, we must free europe soon or we and israel will be lost.
PS GOD BLESS THE IDF.

I agree, my English friend.