U.S. air superiority in Asia and elsewhere has been called into question by the Obama administration’s decision to limit production of the world’s most advanced fighter, the F-22.

Asked during a House Armed Services Committee hearing Feb. 18 if building less than 200 F-22s is enough to ensure air superiority for the next three decades, Air Force Chief of Staff Gen. Norton Schwartz did not answer directly, indicating that the service needs the jet because of problems in developing the triple version F-35 multi-role fighter.

From analyst Barry Watts at the Center for Strategic and Budgetary Assessments:

This procurement quantity has been determined more by budget constraints on the F—22 program than by operational requirements. This means that the Defense Department is, in effect, accenting high risk to its future abrlity to achieve the rapid air dominance that has been central to the American way of war since the Korean confhct. The main sources of ths risk stem from emerging anti-access/area—denial capabilities that, in the case of the People’s Republic of China, include ballistic missiles capable of delivering conventional warheads and submunitions accurately against forward US air bases such as Kadena on Okinawa, thereby forcing US forces to operate from as far east as Guam.

Further, on the area—denial side of this growing challenge to US power projection, Russia’s commitment to developing and selling abroad surface—to—air missile SAM systems such as the S—300 and S—400 argues that US—PRC and US—Russia conflicts are not the only future scenarios in which US air dominance could be seriously challenged. The ability of anyone to forecast US requirements for air superiority as far out into the future as the F—22 is likely to remain in service is limited at best. The fact is that proliferation of S—300 SAMs is already well underway and foreign sales of Su—35s and S—400s to any country with the cash to buy them are probably just a matter of time.

Secretary of Defense Robert Gates proposes to offset the risk of the truncated F—22 procurement by banking on the F—35 Joint Strike Fighter (1SF) to be fielded in large numbers by the US Air Force, Navy, and Marine Corps (2,443 JSFs total), as well as by close allies such as Britain and Australia.

F-15 A’s and B’s (air superiority .. counter air), 447 F-15 C and D’s which have a longer range and multi seat capacity, but have multiple missions, and 334 F-15E Strike Eagles, who come in to plaster everything once air superiority is being gained.

Just to show you what we are facing QUANTITATIVELY, Eritrea, is flying 16 SU-27 Flankers, and Ethiopia has 22. Russia has over 1500 Mig-29’s, about 1000 SU-27-37’s, and in case you think everything we make is totally superior, consider this from the Federation of American Scientists:

We are not producing what we need, and we justify this on the basis of danger to the weapons and men who are trained and built to go in harms’s way to face these area denial weapons. In 1986 Libya declared the entire Gulf of Sidra to be Libyan national waters. Ronald Reagan IMMEDIATELY … IMMEDIATELY ordered the Navy to sail into it.

What messaging is being signaled to China, Russia, Iran, Al Qaeda, Awlaki?

Can it be anything other than that we have neither the means, NOR the will?

We wouldn’t even sell the F-22 to Australia, or Japan let alone Israel even to keep the production line open. Among those three nations’ demand is more production than the US Air Force used. Worse still, readiness expectations are that only 130 F-22’s will be available for combat at any one time.

Based on the United States fighting two major regional contingencies (MRCs, or Major Combat Operations, MCOs) near simultaneously against high—end adversaries able to contest air superiority, the Air Force has long argued that the minimum buy for a lowrisk F—22 force is 381 aircraft. Among other things, this total would allow the Air Force to equip each of its ten air expeditionary forces with a 24-aircraft F—22 squadron (plus two operational spares) and have ample additional planes for pilot transition training into the F—22 (the school house), the weapons school and operational test squadron at Nellis Air Force Base (AFB) in Nevada. depot maintenance, further developmental work, and, most importantly, attrition.

On April 6. 2009. Secretary Gates announced his decision to recommend to President Obama that F—22 production be ended with the FY 2009 increment. One week later, Air Force Secretary Donley and Chief of Staff General Norton Schwartz explained in The Washington Post that although a buy of 243 F—22s would provide a moderate—risk force, buying sixty more Raptors would create an unfunded $1 3 billion bill and prevent the Air Force from funding other capabilities critical to ongoing joint operations. Thus, based on the assumption that the F—35 joint Strike Fighter program moved ahead successfully. Donley and Schwartz were willing to endorse Gates’ decision to end F—22 production at 187 aircraft.

These choices will leave the United States with, at best, a high risk F-22 force

However, NOT ONE F-35 has yet been delivered, and IT’S COSTS ARE NOW SKYROCKETING. Prioir to the 2010 election Nancy Pelosi announced her decision to cut funding to the F-35 program so that only 75% of the required number of aricraft would be acquired. There have been no changes since.

And now the deficit and debt threaten everything. INCLUDING OUR MEN, and their protection of us.

A glimpse of what “high-risk” might mean can be found in a 2008 RAND Corporation study that explored, among other things, 2020 scenarios in which the United States sought to achieve air dominance over the Taiwan Strait against the People’s Republic of China (PRC). The analysis assumed that all 130 combat-coded F-22s were committed to the conflict. Unfortunately, since 1996 the PRC has been investing in a range of anti-access/area-denial capabilities, including the ability of the 2nd Artillery Corps to deny US forces the ability to operate from forward bases such as Kadena AFB on the island of Okinawa. Kadena, after all, only has fifteen hardened shelters, and a saturation attack with as few as thirty-four CSS-6 ballistic missiles, each delivering 750 1.1-pound bomblets similar to those used as area submunitions by the US Army Tactical Missile System (ATACMS), could, theoretically, hit all the aircraft on Kadena’s parking ramps. Given this growing PRC capability to deny US forces the use of bases such as Kadena, RAND’s 2008 analysis considered scenarios in which the F-22 force had to operate from Andersen AFB on Guam, which is outside the reach of missiles like the CSS-6. Given the long distance of the Taiwan Strait from Guam, RAND calculated that the PRC’s projected inventory of advanced Flanker fighters could generate some 1,300 sorties per day over the strait whereas the entire F-22 force could only mount around 140, giving the People’s Liberation Army Air Force (PLAAF) an average nine-to-one numerical advantage.

The upshot was that even assuming the F-22s over the strait would be able to shoot down significant numbers of opposing PLAAF Flankers without losses even when heavily outnumbered, by the time the F-22s ran out of missiles and fuel, enough Flankers were still available to begin attacking high-value assets such as air refueling tankers and E-3 AWACS (Airborne Warning and Control System) aircraft. As a result, F-22s were lost not due to being shot down by PLAAF fighters but because they could not rendezvous with tankers to get the fuel to make it back to Guam. 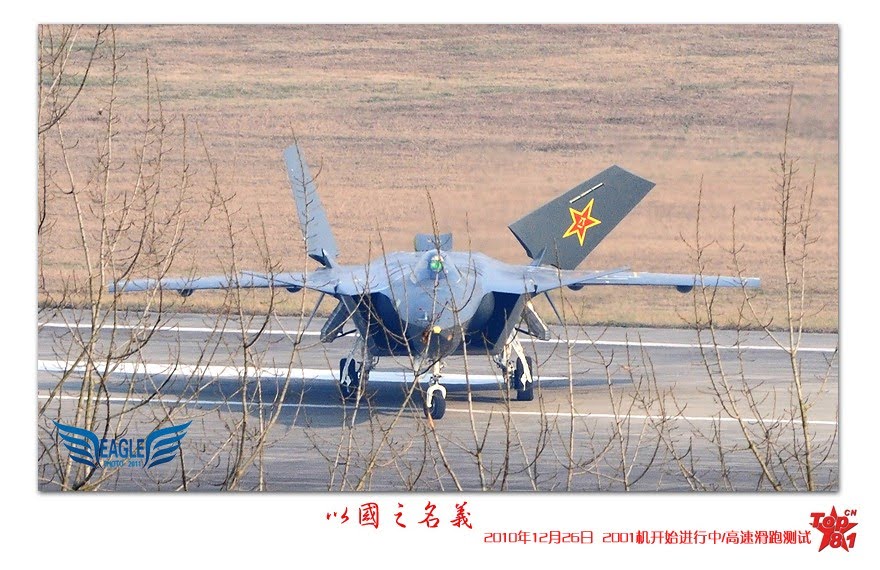 Or the Russians the Pak-FA T-50 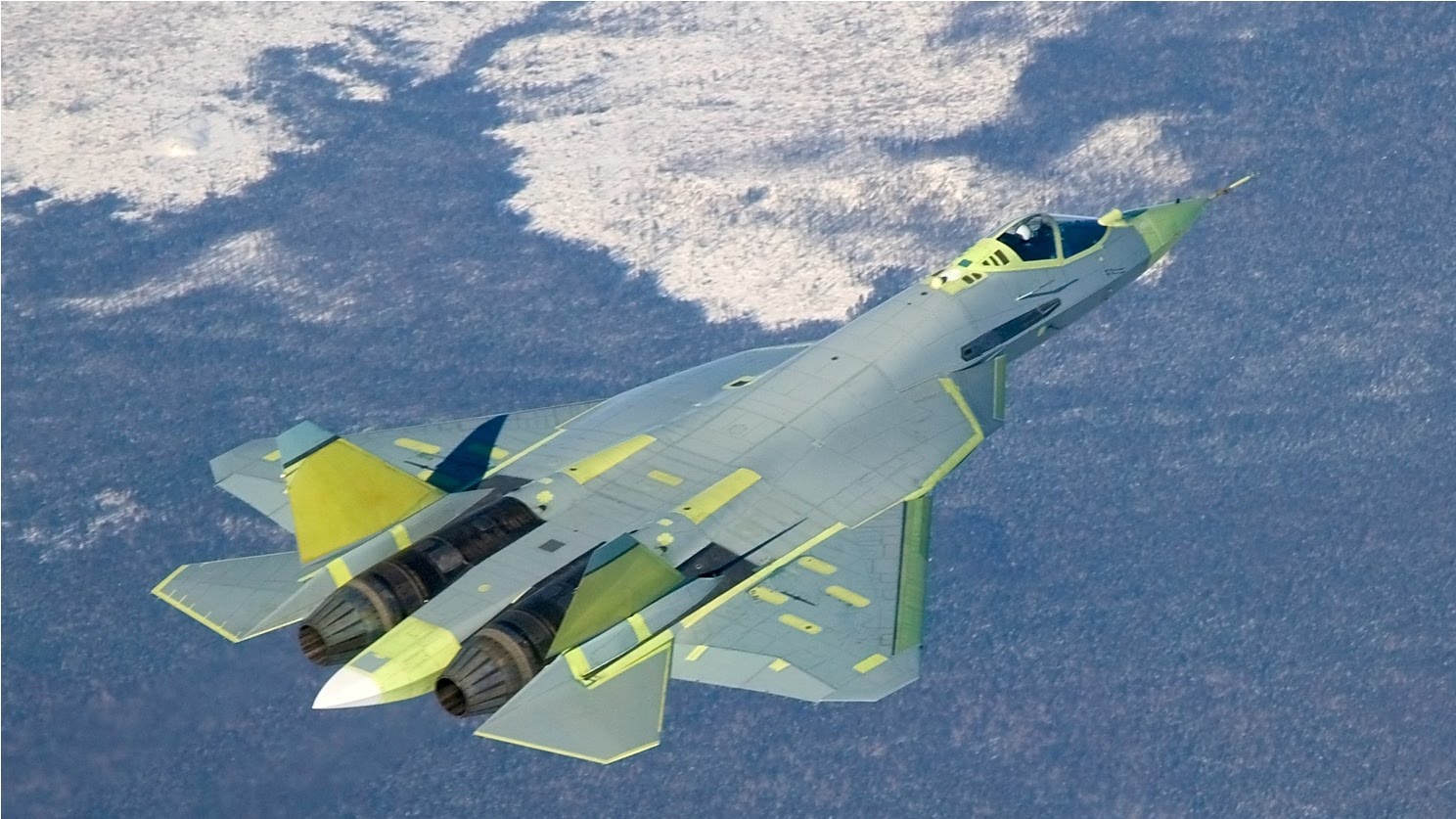 Much more can be read in this very disturbing analysis