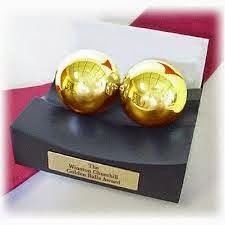 Wal-Mart employees say they were completely blindsided by the news, having been notified only a couple hours before the stores closed at 7 p.m. Monday.

"Everybody just panicked and started crying," Venanzi Luna, a manager at a store in Pico Rivera, California, told CNN Money.

Local officials and employees have questioned Wal-Mart's reasoning for the closures. According to ABC News, "no plumbing permits have been pulled in any of the five cities where the stores were suddenly closed for at least six months."

A city official in Pico Rivera confirmed to CBS Los Angeles that the city has not received any permit requests for building repairs. In Midland, Texas, where another store was closed, a city official told ABC News that his plumbing inspector was turned away when he visited the store and offered to help secure construction permits.

Wal-Mart plumbing technician Codi Bauer, who worked at the now shuttered store in Brandon, Florida, questioned the company's time frame for the repairs.

Some employees believe that the stores were closed because of worker protests for higher pay.

Employees of the Pico Rivera store were among the first to hold Black Friday protests in 2012. "This is the first store that went on strike," an employee told CBS Los Angeles.

"This is the first store in demanding changes for Walmart."

It's pretty obvious the plumbing problems are all the backed-up horseshit from the Leftists and Union Thugs who want to destroy Wal-Mart and the Capitalist system as we know them.

Just in case you don't remember, among the other Communist organizers of those outright attacks on Wal-Mart and the Capitalist system in general, were OCCUPY WALL STREET:

Boycott Walmart - Support Workers Fighting for Fair Waging and Fair Treatment In the wake of a series of unprecedented Walmart retail and warehouse strikes, Walmart workers, labor allies and community supporters have put Walmart on notice for Black Friday: End retaliation and attempts to silence workers or face nationwide strikes and direct action.

On Black Friday—the busiest shopping day of the year—Occupy Wall Street, 99 Pickets, ALIGN, Rev. Billy and the Church of Stop Shopping, Retail Action Project, and allies will occupy a Walmart store in North Jersey in solidarity with these courageous workers.

Join us as we clog the checkout lines, take over the store with shopping carts, sing songs, picket the store, and disrupt Walmart's business.

I'm sure there are some readers who would think it's unreasonable of me to call these Organizers Communists, and to make the claim that there picketing is done for the purpose of destroying Capitalism.

Note the above quote in red, FROM THE OCCUPY WALL STREET SITE: "The Church of Stop Shopping."

Why would someone go picket for a raise in minimum wage and, at the same time, ask people to stop shopping altogether?

You see, if the minimum wage is to increase, you'd think they'd want revenues for the stores to at least remain the same, so that, in theory, Wal-Mart could afford to pay these new wages.

But that is not their main concern.

Their main concern is, AS I SAID, to destroy the Capitalist system. They see Wal-Mart as exemplifying "the evils of Capitalism", so they attack Wal-Mart first.

I suspect I am one of the few readers of this blog who has actually experienced non-capitalistic shopping.
I visited the soviet union in 1974 and lived in a number of developing countries who tried socialism. Socialism is definitely the answer if you do not have money, there is nothing to buy anyway.Every country in Africa which went socialist also went completely bankrupt son after, takes about 20 years to recover.

There you go. Nothing to buy, no choice, no ability to improve one's life.