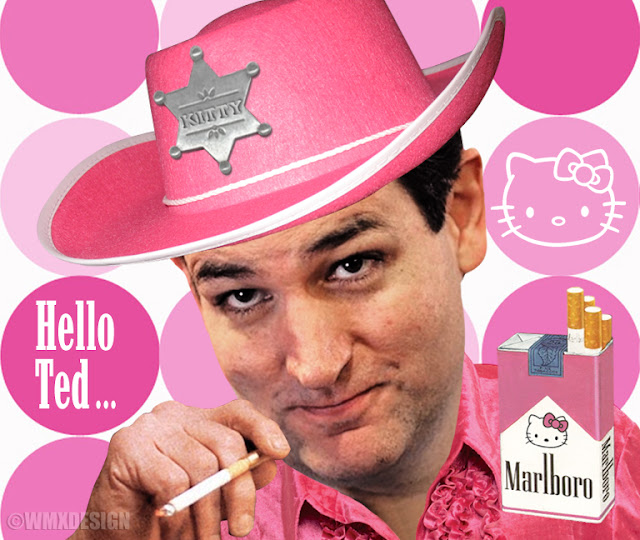 Ted Cruz is eliminated. It is clear that Cruz was eliminated tonight. It is not clear yet on how devastating the final numbers will be for Ted Cruz.

After winning all five primaries tonight — Connecticut, Rhode Island, Delaware, Maryland and Pennsylvania — Donald Trump has over 926 delegates so far.

Winning understates it. He won every county in every state.

Every county in every state?

I can't stand this lyin POS.

Karl Rove was just on FNC -- with this whiteboard and markers to show how Trump can lose the nomination.

But he couldn't hide his surprise at Trump's definitive wins yesterday.

My spouse insisted on watching the results on Fox last night, clearly reminding me why I no longer watch ANY news, let alone Fox. He tuned in during Hillary's scripted and annoyingly repetitive victory speech. A stationary banner at the bottom of the screen indicating Trump's speech just moments away. Hillary's speech was given in short bursts with the camera swinging to show Bill standing in support nearby while the crowd applauded. Now, about that "crowd"...reallY?!! You could see the wall behind the crowd indicating about ten rows of supporters behind her. Bernie could fill a venue 100x larger. Support for Hillary in the numbers reflected at the polls vs. her campaign stops simply DOES NOT ADD UP!
Then, instead of switching over to Trump's victory speech as the banner indicated, we get to view Dana Loesch (baseball analogy/quit when game officially over) & Debbie Wasserman Schultz whose vocabulary is a scratched record stuck on misogynist references to Trump. That anyone thinks DWS has a shred of integrity remaining is remarkable.
Finally, the program shifts to Trump, in mid sentence, terrible lighting with pathetic audio issues which they fixed almost reluctantly. They continuously played with the lighting which made Trump's eyes look like he had white makeup circles pasted around eye slits in shadows...his hair was either glowing white, yellow or orange and finally settled with brilliant yellow with a brown stripe in the center - attempting to have him look like a political skunk? By the time Fox focused on Trump's speech, he was in a question/answer mode.
Media manipulations like these are why I refuse to turn that damn screen on to any NEWS program.
I went online to see the real results. As I searched, I came across a NPR article:
Campaign Mystery: Why Don't Bernie Sanders' Big Rallies Lead To Big Wins?
From which I quote
"The Enthusiasm Gap May Be An Optical Illusion"..."Howard"..."Dean offers a couple of theories about what causes the disconnect. For one thing, when he was campaigning in Iowa back in 2003, he started to notice the same faces from event to event. He thinks that is happening with Sanders."
****
Integrity in elections - the new/old Prestige illusionist game

Muted the TV when Hillary was talking...then it was kinda weird because she looked like she'd been constipated for a while and was busy taking a giant crap on stage while her worshipers clapped and encouraged her on.

That is a brilliant description.