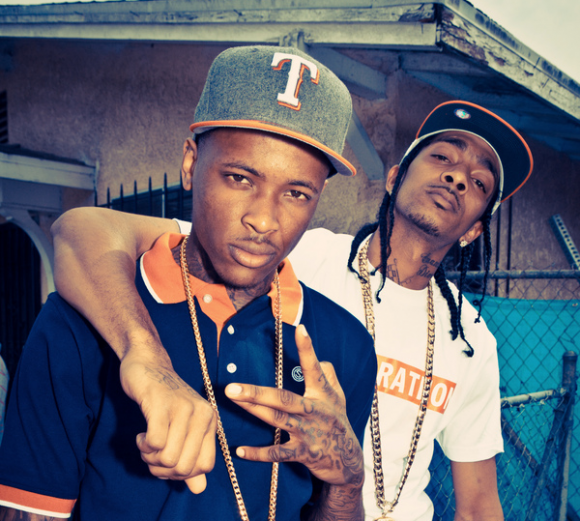 
A new viral rap song that encourages the assassination of Donald Trump and calls for riots of he wins the presidency is being celebrated by the music media.

Entitled ‘F**k Donald Trump’, the track was performed live in front of 20,000 people at the Coachella music festival this past weekend by hip-hop artists YG and Nipsey Hussle.

The lyrics for the song openly invoke death threats against Trump and vows to stage violence if he takes the Oval Office.

Despite the violent content of the lyrics, the track is being hailed by the music media. The song has received positive reviews from Billboard.com, the Source, MTV and numerous other outlets.

“The black-and-white visuals serve as a de facto anti-Trump rally, as YG and Nip are joined by hundreds, marching in the street and uniting across genders, ages, races and sets — YG, a Blood, and Nispey Hussle, a Crip — for a singular cause,” writes MTV’s Adam Fleischer.

Presumably, Fleischer thinks that openly inviting the murder of the potential future president is a worthy “cause”.

HERE ARE THE LYRICS:

All the niggas in the hood wanna fight you
Surprised El Chapo ain’t tried to snipe you
Surprised the Nation of Islam ain’t tried to find you
Have a rally out in L.A., we gon fuck it up
Home of the Rodney King riot, we don’t give a fuck
You built walls?
We gong prolly dig holes
And if your ass do win,
you gong prolly get smoked
F**k nigga, f**k you!
When me and Nip link, that’s Bloods and Crips
Where your L.A. rally?
We gon crash your shit

I could not read it because it was in a foreign language. I put it into Google Translate and the robotic could not figure it out either.

What is a prolly? Is it like a baby pram on a trolley?

What is a Nip link?

For God's sake, if you are going to blog, please blog in English, Pasto.

I think this tribe and their language are pre-historic (i.e. no written language - history is passed on - to the extent that it is - in rhymes).

They will evolve eventually.