The "We Don't Elect a King" Argument 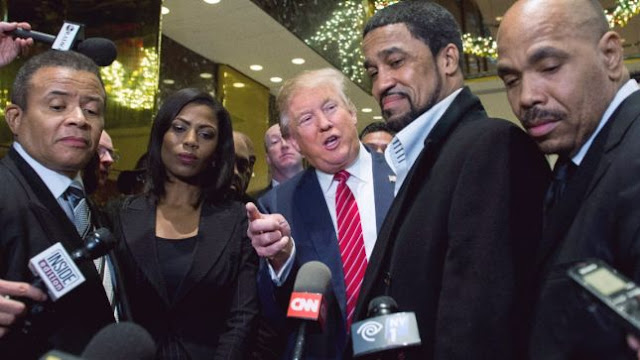 Many die-hard GOP cocksuckers have been using the argument that Trump is "dictatorial", that he is a Authoritarian,  that we don't elect a King, we elect a President.

Damn right we elect a President.

And a President has to be an idea guy, a consensus builder, and a communicator. All of which Trump has shown himself to be over the years he has built his fortune.

Of course, Donald Trump is an Owner of a Business.  Many business owners do get away with being dictatorial within their own businesses

But Donald Trump does not run a Taco Stand, or even a chain of Taco Stands. If he did, he could have opened up shop, and set up everything to run exactly the way he wants it to run.

But like I said, he doesn't run that kind of business.

He runs a business that builds very large buildings on very large pieces of property, in nations around the world.

The business of being a Developer requires that one be a consensus builder. Indeed one must be the Conductor of a delicate balancing act that requires the cooperation of City, State and Federal governments, Unions, Banks and Financial Institutions, Independent Investors, Employees, Vendors, and Clients.

To be a successful developer one must realize that one is in a cooperative partnership with a cast of thousands, that one, in a sense, has thousands of bosses.

Often, people think, "If I were rich and powerful, I'd just sit back and tell everyone what to do."

That is the thinking of a foolish person.

This is Donald Trump's life. I am somewhat familiar with such a life, because my Uncle built and ran a Development company that was on the Dow Jones for several decades. He built a huge number of homes around the country. He laid out entire neighborhoods, reshaped cities, and left a mark on life that will not soon disappear.

And he did all of that work not with hammer and nail and fist, but with his mind and his ability to balance the wills and efforts of huge consortiums of peoples, businesses, and governments.

Now, on the other hand, here is Ted Cruz' life. He is a Senator. He is disliked by his colleagues. He couldn't build a consensus if his dick depended on it.

Ted Cruz is not a Chief Executive. He is an idea man, an excellent orator, and a strong idea man. His strength is in building arguments. And he does so with an autistic obsession; a kind of myopic monomania.

Ted Cruz has no vision for consensus, no talent for leading a Team of Rivals. Because of this, Ted Cruz would have to resort to a dictatorial style. He would be forced to be an authoritarian, or he would get nothing done.

Truth is, the man could not get anything done, whether he was a dictator or not. He has never led in his life. He can not lead. People do not like him. Simple as that.

I like him, but I am a tremendous asshole, and this blog is certainly a testament to that fact.

It is beyond ironic that people would criticize those of us who support Trump by making the argument that we are looking for a dictator or a king, when Cruz is the guy whose style demands dictatorship in order to be effective.

America can not run on Dictatorial power. It's just not in the system. (You may have noticed Barack Obama complains about that little quirk in our Constitution every now and then.) Ted Cruz simply could not get anything done within the complex Democratic Republic structure.

Ted Cruz is a man whose mouth would be King. His intellect tells him he is the ruler who is right about everything. His rhetoric is a pristine architecture of demands and dogmatic pronouncements.

Donald Trump, on the other hand, excels at greasing the working parts of large machines and pushing them forward into the future.

Careful who you wish to wish for a King. For the wisher is thee.
Posted by Pastorius at 11:02:00 pm

This afternoon, one of the GOP mouthpieces whined on Twitter:

"The national leader of your party is Donald Trump. Nine nightmarish words."

Unless something drastic happens, Donald Trump will be the GOP's 2016 nominee. Deal with it, neocons! You brought this onto yourselves.

Of that there is no doubt.