"A majority of Americans now define success as not falling behind” 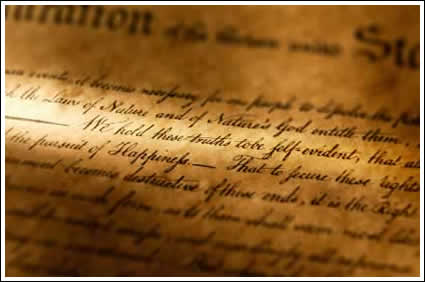 A majority of Americans now define success as not falling behind. They worry that fundamental changes in the economy are making it more difficult for them—and their children—to get ahead.

The road still rises. But the climb is steeper, and the falls are more frequent.
That’s the view of prospects for upward mobility in the modern American economy that emerges from the latest Allstate/National JournalHeartland Monitor Poll. Although an overwhelming majority of Americans still define the U.S. as “the land of opportunity,” nearly as many agree that getting ahead is more difficult for workers today than it was for previous generations. Only about one in five Americans say they have been able to get ahead consistently in their lives; many more say they have moved forward somewhat but faced intermittent reversals. And while a plurality of adults believe they have more opportunity to advance than their parents did, Americans are much more uncertain that the next generation will have greater opportunities than their own—with whites far more pessimistic than minorities.

In all these ways, the survey captures systemic strain between the bedrock American belief that anyone who works hard enough can succeed and the uneasy sense that persistent, and perplexing, headwinds in a globalized economy are making it harder for workers to get ahead. It suggests that new realities are compelling the public to reexamine old assumptions about achievement from several angles, including the value of a college education and the definition of success. In one striking finding that reflects the years of economic uncertainty punctuated by high unemployment and foreclosure rates, a slim majority of Americans now say they define getting ahead as not falling behind—not losing ground or falling into debt—rather than the more traditional definition of enjoying steady increases in pay and income. “The global economy has changed so much that I think holding on is going to be the reality in the future,” says Vada Martin, a service-sector worker from Bedford, Pa., who responded to the survey. “There is so much competition [in the world], it’s going to be harder to maintain the lifestyle we’ve been accustomed to.”

Take the time and read the damn article
The money lines:

Amid these profound concerns, more-immediate assessments of the economy’s trajectory show little change from the most recent Heartland Monitor Poll conducted in May. Compared to then, the share of Americans who say that the country is on the right track has ticked up only slightly, while the percentage who believe that their personal financial situation will improve over the next year remains virtually unchanged, and the number who believe that the overall economy will brighten has actually declined slightly. Even so, the survey shows President Obama opening a solid 50 percent to 43 percent advantage over Republican nominee Mitt Romney among likely voters, in part because significantly more voters believe Obama will advance policies that benefit all Americans.
What’s clear in the poll, though, is that many Americans feel the economy is experiencing fundamental changes beyond the reach of any president to reshape quickly, or perhaps at all.

Americans feel this way because leaders, and I include Mr. Clinton, whose ‘not even me’ is a message of dispiriting disappointment, HAVE FAILED TO LEAD.

There are only two questions to answer to lead effectively.
What do we have to do?
How do we do it?
Obama will win by breaking Americans belief in the American ideal. His success is our failure.
Posted by Epaminondas at 3:25:00 pm

My fear (Yes, FEAR): We are going through an economic revolution much like that of the change from an agricultural age to an industrial age. That tide was inexorable.

I know that I sound defeated. Sorry 'bout that.

So when the question is put to them "Are you better off than you were four years ago, and they answer, Yes, they simply mean that at this point they aren't falling behind.

Maybe they have cut their expenses.

Clearly they have cut their expectations.

We used to believe we could create new worlds.

Now we hope we pay the bills on yesterday's expenditures.

that must be the 'HOPE AND CHANGE" Obama talks about.

It sure has changed.