(With thanks to Mustang, who emailed me the links in this post) 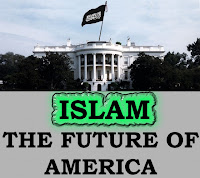 Various Muslim organizations, several of which are arms of the Muslim Brotherhood or like groups, sent a letter dated October 19, 2011, to several high-ranking federal officials.

According to Thomas More Law Center, in an entry entitled "Muslim Letter that Prompted the Pentagon to Purge Military Instruction 'Offensive to Islam,'" dated September 20, 2012:


A letter dated October 19, 2011 signed by 57 Muslim organizations, was sent to the White House with copies to other federal officials responsible for national security, including Secretary of the Department of Defense, Leon Panetta. The letter demanded that all training materials that they judge to be offensive to Islam be “purged” and instructors “are effectively disciplined.”

Following that letter, in April 2012, Army Lieutenant Colonel (LTC) Matthew Dooley, a highly decorated combat veteran, was publically condemned by General Martin Dempsey, Chairman of the Joint Chiefs of Staff, and relieved of his teaching assignment at the Joint Forces Staff College (JFSC). The reason: the negative way Islam was portrayed in his elective course entitled, Perspectives on Islam and Islamic Radicalism.

On May 10, 2012, during a Pentagon press conference with Defense Secretary Panetta seated next to him, General Martin Dempsey expressed negative opinions regarding the Perspectives on Islam and Islamic Radicalism course, characterizing it as "totally objectionable" and "against our values." General Dempsey personally committed to removing any similar curriculum from military professional education within the JFSC and elsewhere....

I urge you to read the entire letter for yourself at THIS LINK.

We as individuals can scream, "I will not submit," until our faces turn blue and our voices are hoarse. But if our government and our military submit in the fashion described in the above link, we are done for with regard to preserving the American ideals of liberty.
Posted by Always On Watch at 12:00:00 pm