Attention Must Be Paid - Violette Szabo 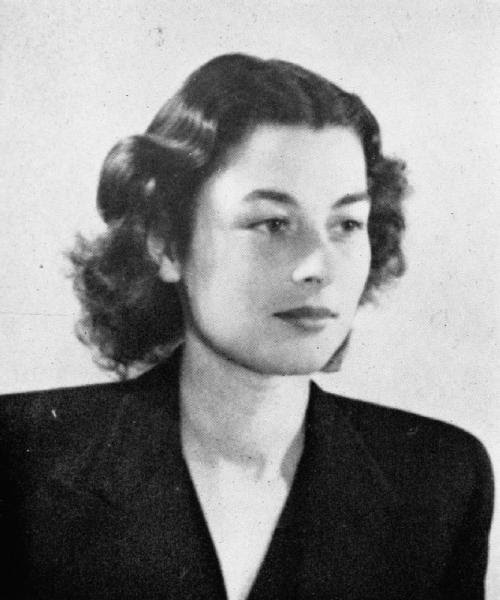 Violette Szabo was a product of war - her French mother and English father met during the First World War, and war marked the rest of her life.
Born Violette Reine Elizabeth Bushell in 1921, she found herself working at a perfume counter in a department store at the start of the Second World War, but this wouldn’t last long.
She fell in love with a French officer named Etienne Szabo, and after a brief romance [42 days! Quick worker was Etienne] they married and Violette fell pregnant. Etienne died at the Battle of El Alamein and never saw his daughter. Violette swore to avenge him - she joined the SOE.
Being a fluent French speaker, she was hot property. She was dropped into France in April ‘44 and met up with a maquis cell, in which she helped rebuild the broken resistance in the build-up to D-Day, and did other maquissy things like blow up bridges and railroads.
She was dropped in again the day after D-Day, aiding the invasion by breaking German communications. However, she was eventually captured, but not without putting up a fight.
What followed was torture-upon-torture for months on end, with the Germans trying to get her code-poem. Now, SOE agents would be given a code book, which they’d destroy on capture, but they were also given back-up in the form of a poem to recite in order to get in contact with HQ. A real brain-box at SOE named Leo Marks would write poems for agents to memorise [presumably so Germans wouldn’t just be able to quote The Bumper Book of Poems and get results]. Violette’s poem was particularly beautiful - Marks wrote it on hearing his fiance had been killed in a plane crash in Canada:
The life that I have
Is all that I have
And the life that I have
Is yours.
The love that I have
Of the life that I have
Is yours and yours and yours.
A sleep I shall have
A rest I shall have
Yet death will be but a pause.
For the peace of my years
In the long green grass
Will be yours and yours and yours.
Despite months of torture Violette did not crack. She was sent to a concentration camp, where on 5 Feb ‘45 she was executed and cremated like some many untold others. She was only 23. However, she lives on through her actions, and was the second woman to receive the George Cross.
There’s a film about her! And a museum! And a statue! And a mural! And if you want to cry cry CRY I suggest you watch this clip from the end of the film. You will cry, but it will be a cry of power and strength.

Amazing. Thanks for this.