Why does Hillary Clinton need Huma to meet with Bibi? 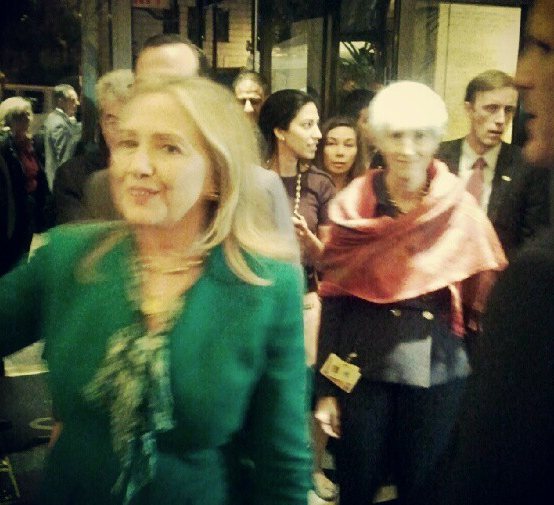 Haaretz's Barak Ravid tweeted this photo of Hillary Clinton arriving at the Regency Hotel in New York for her Thursday meeting with Prime Minister Netanyahu. In a tweeted response, Laura Rozen identified the other people in the picture. That's Hillary in the front.

The lady to her left (our right) in the blue pantsuit and pink wrap is Wendy Sherman, the United States' Iranian negotiator. The tall, thin guy behind her is policy planning chief Jake Sullivan. And the woman to Sullivan's right (our left) with the brown shirt, white necklace and off white pants is Hillary's administrative aide Muslim Brotherhood representative Huma Abedin.

What the heck is Huma doing there? Taking notes? For whom?

Is there anyone in this 'group' that is pro-Israel?