Walid Shoebat Says, "Innocence of Muslims Film was Made by Terrorists."

AND STILL, THE MAN HAS THE RIGHT TO DO WHAT HE HAS DONE.

IT'S CALLED FREEDOM OF SPEECH. 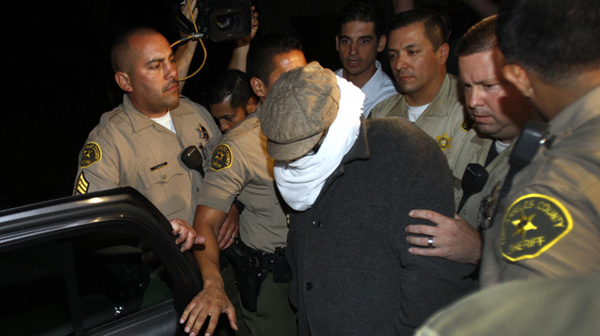 IMPORTANT QUOTE FROM THE SHOEBAT ARTICLE:

So who funded the film? Nakoula claimed that he produced the film with money ($50,000 to $60,000) that came from his wife’s family in Egypt.
None of this has been proven.
What has been proven is that he embezzled millions with Eiad. The money must have come from these scandalous operations, which our government finally admitted is linked to terrorist activity.
Whoever made this film claimed Jews funded him and that he was a Copt, and obviously intended to do harm to his real enemies—Israel and the Copts.


From Will at The Other News:
By Walid Shoebat.

To prove my claim, I revealed Eiad Salameh long before this whole fiasco erupted—in2008 and the first real reportage of Eiad and Nakoula was revealed on September 14th, 2012.

Now do I have your attention?

The narrative that circulates the media fails to answer crucial questions behind the mystery of this film. For example, to date, no one has stepped forward or can confirm for certain that whoever holds an identity by the name of Nakoula Basseley Nakoula is that man’s true identity.

In the Middle East, if a man by the name of Nakoula Basseley Nakoula indeed exists while being blamed for creating a mess of international proportions—which included the anger of over one billion Muslims—it would not be that difficult to find the entire family in Egypt, including brothers, cousins, aunts, siblings wife, wives, ex-wives, mistresses, pets and all.

In the Middle East, no one can hide. Egypt is where the demonstrations that have taken place all over the Middle East and Asia were sparked. Yet, it cannot produce this man’s background?

Besides, why would Nakoula, who claims to be a religious Coptic activist, have extensive connections with Eiad? My cousin hated Copts with a passion and is well-known in the Middle East as a master schemer, probably one of the best the Middle East has produced. He also has multiple contacts with terror networks.

Eiad is from Beit Sahour, Bethlehem. He is a dubious individual who was well known in the Arab community as the main contact for obtaining authentic, legitimate identifications from passports to credit cards, under many nationalities. He then places these identifications into the hands of dubious characters whose names are not the names written on the passports.

Eiad is a Muslim terror supporter and is not an Egyptian Copt. Both my cousin Eiad and whoever this man is who pretends to be Nakoula, had multiple, fraudulent identifications and the two connected for a decade in multiple scheming operations—the type that usually links to terrorism.

The California man who produced the anti-Islam video that has caused outrage across the Middle East is a federal informant who avoided spending longer in jail by telling investigators about an elaborate bank fraud scheme he was involved in.

Nakoula Basseley Nakoula opened a string of bank accounts under assumed names, transferring money between them with bogus cheques and withdrawing cash before they bounced.

He was jailed for 21 months for the scheme after being caught by the FBI in 2009. The sentence was a year less than the punishment sought by prosecutors, and was handed down after Nakoulou gave investigators information about the ring leader of the $800,000 scam, according to the Smoking Gun.


The father-of-three explained how Eiad Salameh, a notorious fraudster on the run from authorities for more than a decade ran the scheme and recruited Nakoula as a 'runner'.