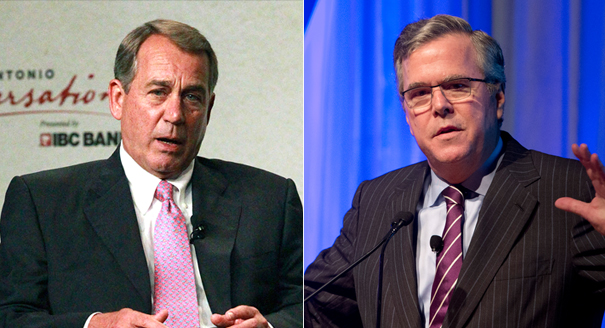 The Future Of The Republican Party


Former Colorado state Republican party chairman Ryan Call talked to Laura Ingraham today to explain the delegation-selection process works and how it "cuts out any semblance of democracy or the popular will."

Call said the statewide convention that chooses the delegates reinforces all the worst stereotypes of the party.

"The very time we should be opening up our doors and being more open and transparent, and welcoming people into our Party, we’ve essentially made the decision to close it off and make it more cumbersome and more difficult. And, to prevent the ability of people to have their voice heard in this process. You’re reinforcing all of the very worst stereotypes about the Party and I, frankly, am very concerned about the way voters are going to feel," Call told Ingraham.

Ingraham: The August 25th announcement that they would no longer do the presidential preference poll at their caucus, my spidey-senses went up when that happened. Was I correct to, at the time, note that this was a sign that they were not going to be bound by the people of Colorado selecting Trump. If that was a risk, they wanted to cut that off at the pass in August. Am I correct in stating that?

Call: That’s exactly right. While the caucus votes we’ve held in previous elections in 2008 and 2012 were always straw polls, they didn’t bind or allocate the delegations. They at least were a snapshot into where voter sentiment is in the state of Colorado, and the decision by the state Republican Party to cancel that vote taken in connection with the caucus really did cut out any semblance of democracy or the popular will in connection with the delegate election event. It became an entire party insiders game with getting delegates to go to county assemblies in the state convention. While Colorado has over a million registered Republican voters, the only votes that really counted were that of the 3,900 delegates that gathered down in Colorado Springs.

The two party system (modified over recent years to reflect a UNI-party) undermines the one man/one vote ideal.
The entire election process is nothing but bread and circuses for the elites entertainment.

Yes, Anonymous, for the elites' entertainment.

Disgusting and depressing and despicable.

They get to keep their campaign treasury until they retire, if I am not mistaken.

Therefore, it's not so much for the elites entertainment, as it is to further enrich them.

If the repubblekins thwart the voters, they will be a dead party. This I guarantee you.

Kid,
The GOP may already be dead.