The Cult of The Unicorn 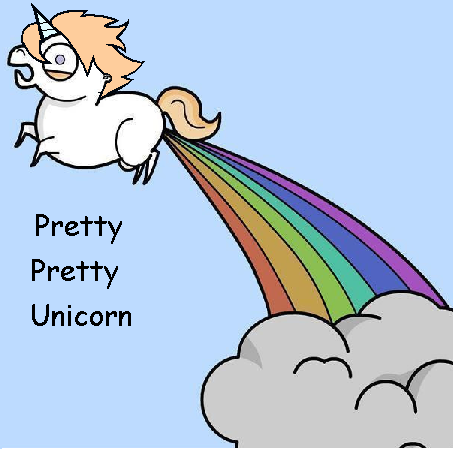 
The Cult of the Unicorn Prologue:

To understand the Cult of the Unicorn the journalist asks the reader to join her in the eagle’s nest. My aerie is five feet in diameter with a weight of nearly a ton. Because it is necessary to soar to the greater heights required for writing with clarity, this nest is situated high upon a mountain and secured within the craggy face of a rock. You are safe within my nest. I am your host. But now I am asking you to trust me. Join me on this flight. Let’s soar into the world of imagination. It is time to ponder the cult of the unicorn.

It happened in an instant of time. The man stepped out of his bed one morning and had his final moment of illumination. Hastily moving into his walk-in closet he stood in front of a shrine of sorts, a full length mirror which he vigorously cleaned several times a day. It was true! The creature was there, no longer hiding from his view, but on full display. He was a unicorn! He could sense it in the rhythm of his body and the beat of his heart. There was no denial of what the soothsayer (otherwise known as his psyche) was telling him. He was a unicorn!

During the following year the man did all he could to locate other unicorns.

At what point do we call it child abuse?

Now, how do we get the DOJ off our backs so that we can make a stand without losing everything for which we've worked during our lives? We've already seen that people who have pushed back have been sued and found against; others have lost their jobs and been blacklisted. The grinding down!

Here is the published link: