Criticism Of Islam Will Not Be Tolerated 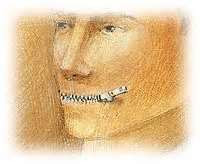 The band Eagles of Death Metal, whose concert was attacked by ISIS extremists during the November 2015 terrorist attacks in Paris, has been dropped from two French music festivals after lead singer Jesse Hughes said that he saw Muslims celebrating following the massacre.

The band was scheduled to play at the Rock en Seine and Cabaret Vert festivals later this summer....

Those who push back against the narrative of "Islam means peace" will be punished.
Posted by Always On Watch at 10:44:00 am

Perhaps the bigger issue is the earlier attack now creates corporate liability issues for sponsors. If the group performs at a different venue and it is attacked?

What can I say? Bring it on!

reminds me of 9-11 when I saw muslims 'celebrating' along Ventura Blv- no one spoke out about it then - don't hold your breath that anyone will challenge them now...
C-CS