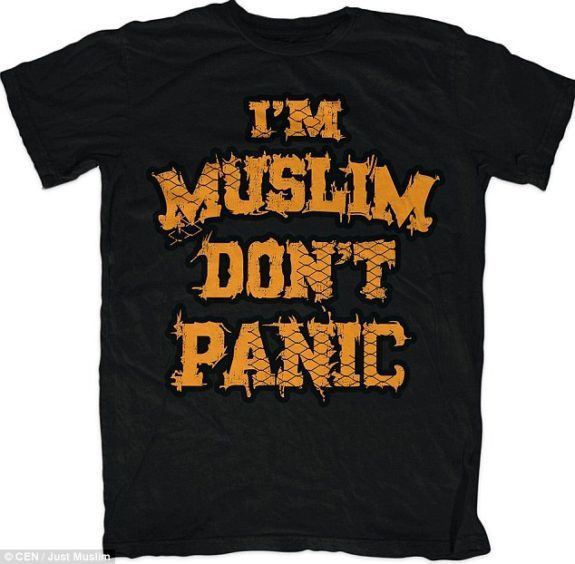 The reason other Muslims would beat this man is because by declaring, "I'm Muslim, Don't Panic," this man has openly proclaimed that he is in violation of the Koran's command that Muslims "STRIKE TERROR INTO THE HEART OF THE INFIDEL."

From The Daily Mail:


An asylum seeker who jokingly wore a T-shirt saying ‘I’m Muslim, don’t panic’ was so savagely beaten by his fellow refugees that he had to be rushed to hospital.

The 23-year-old Iraqi had thought that his fellow Islamic asylum seekers would see the funny side, but instead they accused him of offending their religion and decided to teach him a painful lesson.

The man was attacked in the evening as he returned to his asylum seeker home in Berlin, Germany wearing the T-shirt which he had just bought.

He was allegedly confronted by three angry Muslims who ripped up the T-shirt and ran off after beating him.

Two of the alleged attackers, a 27-year-old from Syria and a 33-year-old from Lebanon, were later arrested on charges of aggravated GBH.

Police said a report would be prepared for prosecutors.