Paul Ryan Tells Sean Hannity He Will Not Support Any Cuts To Muslim Immigration: ‘That’s Not Who We Are' 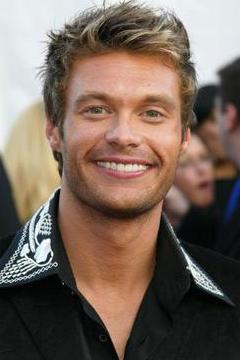 THIS is what the GOP is willing to go to war over.

They have a candidate who is WILDLY POPULAR, but the GOP doesn't like him.

And THIS IS THEIR ISSUE:

The GOP's got a fevah, and the only prescription is ....


In an interview with Sean Hannity on Fox News, Ryan declared that considering an applicant’s religion would not be “appropriate” and would be fundamentally un-American— insisting “that’s not who we are.”

In his question, Hannity asked Ryan point blank about some of Sessions’ recent analysis. Hannity said:

We have resettled 1.5 million Muslim migrants in the United States. Senator Sessions had put out a piece where all these people that we took in to the country then come here and then get involved in terror activity. I put it up on my website, I urge you to take a look at it. And we take in 100,000 Muslim immigrants into the United States every year. Do we have to think about somebody who grows up under Sharia— believes that women can’t drive, can’t be seen in public without a male relative, four eyewitnesses for rape— do we have a clash of cultures we’ve got to consider? How do we know if they want to assimilate? How do we know if they want to bring terror into the United States? How will we ascertain that?

Well, first of all, I don’t think a religious test is appropriate. That’s not who we are. We believe in the first amendment of religious freedom. And I don’t think it’s the appropriate test because anybody can come under the guise of something else. It’s not hard for a person to claim that they are something that they’re not— like a Christian or something like that to get into the country. That is why we are calling for a security test. I think the test that maters is a security test because anybody can try and infiltrate this country by posing as something that they are not, so I don’t think that’s the proper test. I think a security test is the proper test.

As far as the GOP "intelligentsia" is concerned, Trump's statement about banning Muslim immigration was Trump's unforgivable sin.

Look, something very strange is going on, not just in the US, but all over the world. The latest stupid statement by the pope is inexcusable. Nobody can be that stupid. The guy is part of some efforts being made to bring the Muslims to the West, which in turn,somehow, will bring ignorance to the population, to make them maneuverable.

None of these actions can be casual or coincidental. I'm not a conspiracy theorist, but this does not look good at all.

Oh, is that Ryan Secrest?

I thought it was Paul Ryan.

Anonymous,
You are right, there is something very strange going on.

Is it money, or is it some spiritual force that is causing this?

Is this the Great Falling Away that is written of?

Ryan Seacrest? Oh, I thought that was the Pope.

The sensation that something strange and dangerous is going on under foot has been irritating for decades, but dismissed outright since the first group at Frankfort school vomited their creed out onto the globe. I'd suggest the attempt to harness the Frankfort school converts ended with J. Edgar Hoover and McCarthyism.
Post WWII, not enough energy was put into tracing/executing war-criminal fugitives who managed to settle deep within resurrecting economies (Soros, Nazis and Muslim Brotherhood (MB) operatives.) Not to mention the complete neglect of addressing Soviet war crimes in its entirety. As 'outsiders' of the allied victories, it was 'natural' for these forces to form secretive alliances and quietly infiltrate the UN and organize under several European councils building consensus to eventually form the EU (mirroring the Soviet management style).
Oil...bargains made at the Siege of Mecca (simultaneous to the Iranian hostage crisis) cemented control of Islam's holy places in exchange for global doctrinal dawa enforcement in stages. The European continent needed a source for energy and the House of Saud set the price to include ever expanding influence in politics & trade as well as within the UN which now includes 57 OIC nations.
Yesterday Obama expressed multi-national concerns about Trump. Trump became successful outside of these influences and the potential for him to assume the presidency in November threatens to expose the increasing vulnerabilities of these rusting alliances and ultimately undermine the existing political/economic house of cards.

Anonymous,
It appears that the new world order people are scared sh*tless of Trump.

Light and dark are not the same.

The Pope and Ryan Secrest have about the same amount of Gravitas.

Anonymous,
Do you have an article I could post on this subject of post-WWII, and the strange things that have been going on?

Do you have any books to recommend?

Pastorius you are already familiar with the books and have, iirc, outright dismissed the primary source I refer to...Bat Ye'or's "Eurabia: The Euro-Arab Axis"
The other is the book "Siege of Mecca" by Yaroslav Trofimov
and a frequent reading recommendation by Hugh Fitzgerald over at JihadWatch.org during 04-08...
J.B.Kelly: Of Valuable Oil and Worthless Policies which was originally published in the British magazine "Encounter" in July 1979 and republished at JW in 2008.