Parents of Two Children Killed in Paris Attacks of 13 November: We're Not Paying Our Taxes to a Government That Pays for the Upkeep of our Children's Killers 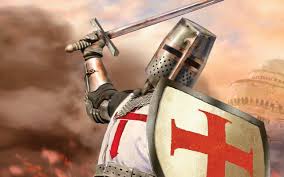 This is the Infidel Resistance we know and love.


Some parents who lost their children in the terrorist attacks of 13 November have addressed a letter to the president of the Republic last week. They rail against the payment of the costs of lawyers for the presumed terrorists by the [taxpayers]. Wrath.

How to survive after the death of a child? Worse, of two children?

Wrath is necessary, Aristotle tells us:

"One cannot win anything without it, if it doesn't fill the soul, if it doesn't warm the heart: it must then serve us, not as a master, but as a soldier."

Driven by this struggle, the parents of two children murdered on 13 November have addressed a letter to the president of the Republic of which Le Figaro has gotten a copy.

To Francis Hollande, they explain that if their children had lost their life, it was due to their "jihadist friends."

Therefore, they refuse henceforth to pay their taxes "which serve to defend the killers of our children through the intermediary of the funds guaranteed to hire their lawyers, and for their upkeep as well as that of their ilk on French soil, our Fatherland!"

They have so advised their tax collection center and placed their money in an blocked account. "You have brought them to their deaths"

These parents, who do not wish to appear publicly, deplore "such subsidized criminals, who should never have been free and killing in the middle of the street at their whim!" Finally, according to them, their children "are dead, victims of your indulgence and interference," they write to Francois Hollande.

In sum, it's the reestablishment of the death penalty which is demanded as the crux of this missive. And this wish to return to the law voted on in 1981 is shared by the parents of another french victim of an attack perpetrated by a foreigner. Just the same as a father of two children who lost his wife at Bataclan.

The open letter finishes with the "shame" of being led by Francois Hollande. "Our children were voting for you, we were telling them: This man will bring you to a bad end! We didn't believe it would be so literally! You have led them to their death," it reads at its end.