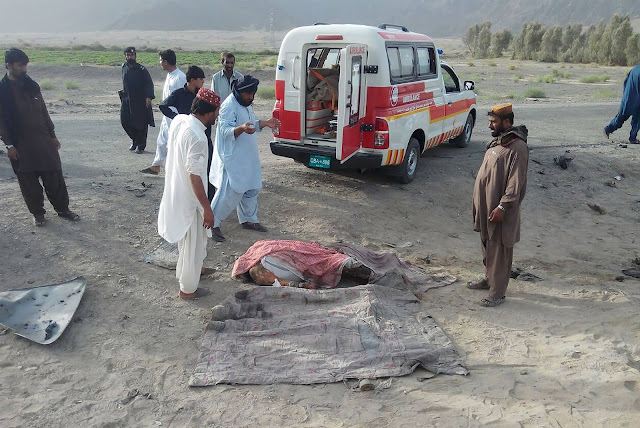 Labels: Allah Is Gay, mohammed gargles balls, what a fag

To hell with them, Saudi Arabia finances and the Pakis train the terrorists. Both these countries should be bombed into oblivion.

The Mullah looks a little shorter than I remember him to be.

Maybe they didn't want to waste their good blankets on him.

Like 911, the only thing that escaped the explosion and flew out of the car unscratched, pristine like new, was his pasport. Pakistani of course. Showed he visited our other good ally, Dubai, 19 times in the last few years. I am sure the Dubai authorities spent all this time practicind his capture, equally sure had he dared cross for the 20th time they would have nailed him and handed him over.