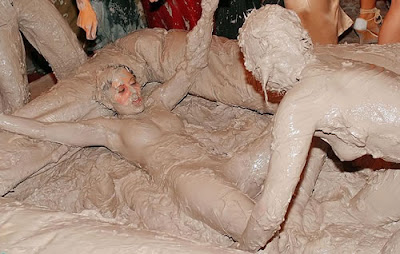 Flying chairs and punches thrown by women students at a Gaza university this week may seem a rather minor manifestation of the factional fighting that has riven Palestinian society over the past year or so.

But with Hamas and Fatah still smarting from bloody armed clashes in 2007, when the Islamists routed President Mahmoud Abbas's PLO forces in the enclave, the scuffle shows how deep the rift runs.

It will be hard to bridge by a year-end deadline Abbas has set.
The fight at the university in Khan Younis was, according to witnesses, triggered by arguments over mutual allegations of repression between leaders of Hamas, who now control Gaza, and of Abbas's Fatah, which dominates the West Bank.

"I saw chairs flying over heads and some students were injured. And I saw two or three teachers hit," said one witness, who refused to be named.

Hamas police arrived and fired in the air to disperse the students. Classes were suspended for a second day on Wednesday.

But the university row is only the tip of the iceberg.

If dialogue on reconciling the two side has not started by Dec 31 there are fears of more serious factional violence in January when Abbas plans to call an election for April.

With Hamas apparently set on retaining its control of Gaza and Abbas demanding a reversal of last year's Hamas "coup" there, prospects for such a deal seem slim.

It looks like the Palestinians are just about ready to make peace with Israel.
Posted by Pastorius at 4:23:00 pm