The treason continues for full blow. 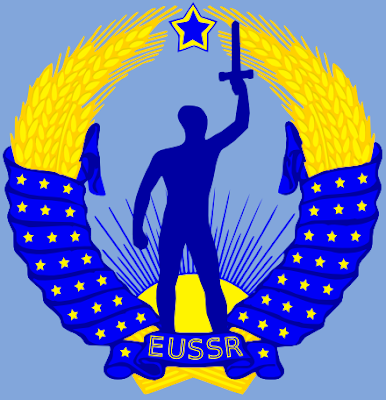 From the EU Business and GoV.

European Commission chief Jose Manuel Barroso urged EU nations Friday to accept Guantanamo prisoners and help new US President Barack Obama close the “war on terror” jail in Cuba. “We must help our American friends resolve the problem,” he said, adding that “there are at least two countries, Spain and Portugal, which have made proposals in this direction.”

“I think the EU member states — of course it is their decision — could make an effort to help the United States,” said Barroso, who is from Portugal [One of the leaders of the underground Maoist MRPP [Reorganising Movement of the Proletariat Party; later it became the PCTP/MRPP-Communist Party of the Portuguese Workers/Revolutionary Movement of the Portuguese Proletariat; after which he became PM for the PPD/PSD-Social Democratic Party] Let this detail be known far and wide, it illustates who these people are.

EU foreign ministers, at a meeting in Brussels on Monday, are to debate the extent to which the European Union should coordinate a response to any demand from the United States to accept some of the 245 prisoners.

Many of the 27 EU nations have called for the jail to be shut down, but each of them has their own legal systems and proceedings, so no over-arching EU line can be taken and imposed on all. 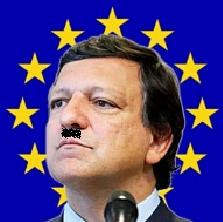 […] Some prisoners might have to be transferred to other countries, while others could yet be tried in US courts. Some may prove impossible to try, transfer or release. “How you actually deal with question of bring people back from Guantanamo is incredibly complex legally,” one EU diplomat said Friday.

While Portugal, backed by France, has been leading the drive to help close down the prison — a blight on America’s moral standing in the world over the last seven years — Austria ruled out Friday taking any prisoners in.

Many others have yet to take a firm position.
Posted by Rolf Krake at 5:16:00 pm

“How you actually deal with question of bring people back from Guantanamo is incredibly complex legally,” one EU diplomat said Friday."

How's this for a simple solution. Put a bullet in their heads.

Do think, they actually think that this will help them?

Sarkozy is willing to enforce miscigenation...