Can the Koran be compared to Mein Kampf?

Yes, of course it can.

"The Nazi ideology is fully compatible with Islam" Ibn Saud, 1932. 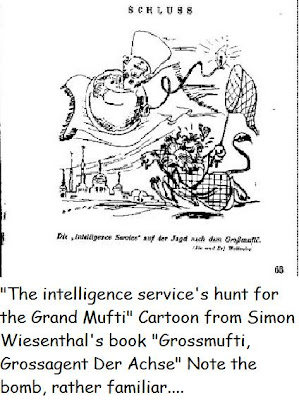 should bring a case against Dutch parliamentarian Geert Wilders. This leader of the right-wing Freedom Party has made a number of extreme remarks about Islam and Muslims, such as calling the Koran the "Islamic Mein Kampf" and referring to "fascist Islam." The Amsterdam court contends that these and other such statements "affect the dignity of Muslims." The attorney-general's office had previously concluded that these and similar remarks were not punishable.

Wilders was initially shocked by the court's decision, but he may well turn the case into a show trial outlining the threat to Western society from violent and hate-inciting forces in the Muslim world. His lawyers only have to go through websites such as FrontpageMagazine, Jihad Watch and MEMRI to bring overwhelming proof for two central claims.

The first is that there are many radical Muslim authorities, Sunni and Shi'ite, whose incitement to murder and other crimes is similar to that of the Nazis. The same goes for Muslim lay leaders such as Iranian President Mahmoud Ahmadinejad.

The second claim is that these inciters are rarely expelled from Muslim communities, or even strongly contradicted.

Wilders' lawyers may bring evidence of multiple calls for genocide intended to encourage the establishment of Islamic rule over the world as well as fatwas and statements by Muslim religious authorities supporting suicide attacks, or comparing non-believers to animals. All these are usually based on the Koran and hadiths (Islamic religious traditions).

The lawyers could quote Sheikh Muhammad Sayyid Tantawi of Al-Azhar University in Cairo, the highest-ranking cleric in the Sunni world, who has come out in favor of suicide bombings. Tantawi has also called Jews the descendants of apes and pigs. Only the choice of animals differs from Nazi language; they preferred rats and vermin

Sheikh Yousef Al-Qaradhawi, living in Qatar, is a spiritual leader of the Muslim Brotherhood who has approved suicide bombings against Israeli women and children. Despite this, Ahmed Marcouch, a prominent Amsterdam member of the Labor Party, in 2005 asked the municipality for a subsidy to bring Al-Qaradawi to the Netherlands. Leaders of several Dutch Muslim religious bodies did the same. The Amsterdam municipality refused.

DUTCH PUBLIC opinion is divided on the court decision. Fifty percent oppose the trial of the parliamentarian, while 43% are in favor. A similar percentage expects that relations with Muslims will worsen as a result of the case. Theodor Holman, a columnist with the Amsterdam daily Het Parool, writes that he also thinks the Koran is as bad as Mein Kampf.

The court decision has further increased Wilders' popularity. A new poll gives the Freedom Party 20 seats in parliament, as against the nine it currently holds. 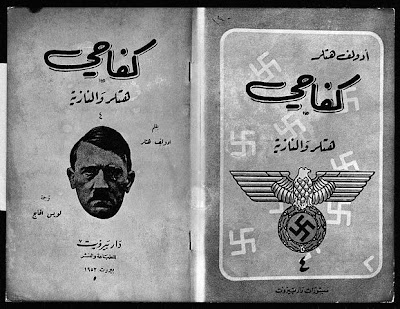 Wilders is the only internationally known Dutch politician, and has gained much publicity with his 2008 documentary Fitna, which highlights Islam's radical aspects. Over the past several years, hundreds of death threats have been made against the heavily guarded politician. This is the likely reason for the statement by his lawyer that in the meantime he wants to remain anonymous.

The trial is likely to draw major international attention. The Wall Street Journal wrote that the Dutch are importing Saudi rules, as the court seems to be suggesting that people who blaspheme God can be punished. An international campaign to finance Wilders' defense has already started.

There are Jewish aspects to this case as well. In the past few weeks participants in various anti-Israeli demonstrations in the Netherlands have been shouting anti-Semitic slogans, including "Hamas! Hamas! Jews to the gas!" Several of these demonstrations were organized by major Dutch Muslim organizations, yet the police took little action. Even more important is that Wilders' lawyers are likely to bring at least some proof for his positions from the huge collection of Muslim calls for the extermination of Jews and Israelis. Yet other aspects are what the trial's verdict will mean for speaking about the Bible.

Whatever the outcome, Wilders' notoriety is likely to increase. If he is convicted, many will view him as a martyr, in light of increasing evidence that the greatest threat to humanity - including to moderate and dissident Muslims - indeed comes from the world of Islam. If Wilders is acquitted, many will begin to repeat his statements.

In either case the Amsterdam court may have opened a Pandora's box of a yet-unknown size.

The author has written 14 books, several of which deal with anti-Semitism.

In either case the Amsterdam court may have opened a Pandora's box of a yet-unknown size.

Can the Koran be compared with Mein Kampf? Of course yes...it can..Mein Kampf is man made..and Koran comes from God (one and only)Almighty..In fact God challenge mankind to come up with a book that is equal to Koran.. Calling all infidels who will definitely burn in hell.. now dare you take the challenge and come up with something that is equal to Koran? Take as much time as you need..yes until you die if you wish..

I made something equal to the Koran, but due to the horrible smell I had to flush the toilette.