'Have more babies and Muslims can take over the UK' hate fanatic says, as warning comes that 'next 9/11 will be in UK'

Save Western Civilization. Start fucking.
Fuck like your life depends on it, because it does.
From the Daily Mail:

Muslim hate fanatics plan to take over Britain by having more babies and forcing a population explosion, it has been revealed.

The swollen Muslim population would be enough to conquer Britain from inside, they claim.

Fanatics told a meeting of young Muslims on the anniversary of the 9/11 atrocity, that it would then be easy to impose Sharia law on the population, the Sun newspaper reported.

Speaking at a meeting in London, Anjem Choudary, right-hand man of exiled preacher Omar Bakri Mohammed, said: "It may be by pure conversion that Britain will become an Islamic state. We may never need to conquer it from the outside." 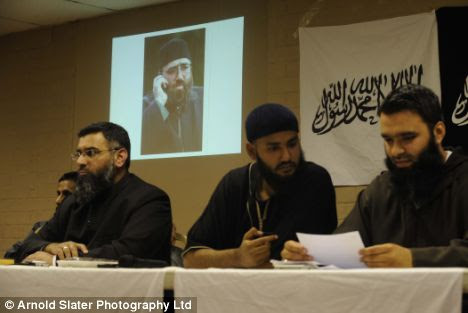 His comments were made as voice of hate Bakri warned that the next 9/11 would take place in the UK.

Speaking via video link the exiled cleric said Osama bin Laden had taught the Americans a ‘lesson’ seven years ago, but the ‘crusaders’ had not learned. 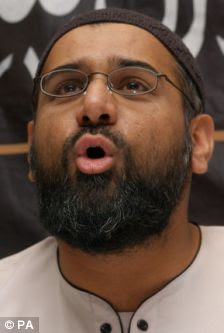 Anjem Choudary: Have more babies and conquer from the inside 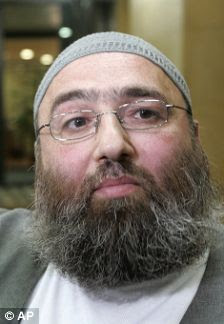 Muslim cleric Omar Bakri Mohammed: The next 9/11 will be in the UK

He said the next ‘9/11 will take place in Britain, the next 7/7 [London bombings] could take place locally’.

Bakri told a 100-strong audience of supporters in Walthamstow, east London this week that he believed the British government was trying to assassinate him and claimed to have foiled a bomb plot.

Technical difficulties meant much of his speech was inaudible, but his appearance was greeted by cheers of ‘faith’ and ‘god is great’ at the community centre.

Bakri’s right-hand man, Anjem Choudary, led the proceedings in person, under the auspices of a group called Association for Islamic Research.

The most incendiary speech was delivered by Saiful Islam, who lauded Bin Laden and al Qaeda for their ‘courage’ in retaliating against the ‘dictatorship and oppression’ of the West. 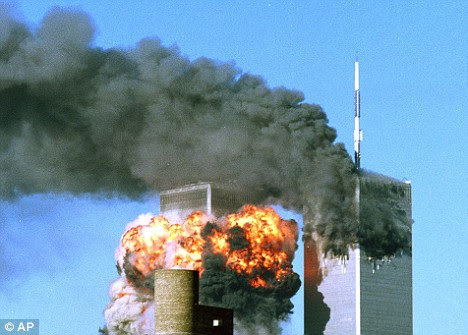 Horror: Al Muhajiroun warned the UK would be next for a 9/11-magnitude attack

He said: ‘The blame of 9/11 belongs to no one but the American government. They are the terrorists.

'Sheikh Osama warned America numerous times, it was because of their own arrogance, because they thought they are a superpower and nobody could match them, that Sheikh Osama taught them a lesson - a lesson they still haven’t learned.’

And I thought the Jews were supposed to be the apes and pigs. This hooting scumbag really needs an ass-beating with permanent scarring and marring. These guys are straight from hell, who else but the devil could come up with such a bunch of despicable threatening creeps but lucifer himself?

The scary thing is, trying to out-breed them won't work because we cannot guarantee that Western children will not choose to "rebel" and follow follow Islam instead.

Or at least stick their heads up their rears and help elect someone who wants to make nice with the Muslim world... ooops, they just did that, didn't they.

But the Muslims can be relatively sure their indoctrinated little ones will follow the path set for them, the poor kids.

I'm just grateful they haven't got Nadya Suleman, the California octuplets mom who now has 14 kids and wants more, on their side.

RRA,
The Nadya Suleman story was originally a part of this post, but I have decided she is merely insane, and so I don't think it's right to make an ideological argument out of her problem.