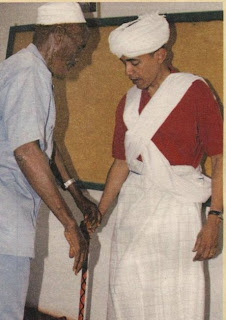 I almost spit my coffee through my nose, reading the first paragraph of this article.
Amazing.
Change only goes so far, I guess.
From Reuters:

TEHRAN (Reuters) - Iran said on Wednesday it would welcome PresidentBarack Obama's offer of a change in U.S. policy provided it involved a withdrawal of U.S. troops from abroad and an apology for past "crimes" against Tehran.

President Mahmoud Ahmadinejad was speaking after Obama offered to extend a hand of peace if Iran "unclenched its fist."

This marked a new approach from George W. Bush, who had sought to isolate Tehran, and Western diplomats said the change in Washington could offer a "once-in-a-generation" chance for the two foes to end three decades of hostility.

But the diplomats said that, while some pragmatic voices in Iran wanted better ties with the West, more hardline voices who control key levers of power could block an opening amid fears that Washington still wants to undermine the ruling system.

"We welcome change but on condition that change is fundamental and on the right track," Ahmadinejad told a rally in western Iran, broadcast live on state television.

"When they say policy would change, it means they would end America's military presence around the world," he said, referring to U.S. troops in Iraq, Afghanistan and elsewhere in the world.

And then, there's this.

Bambi is in the forest.

These people have no clue about what an enemy really is