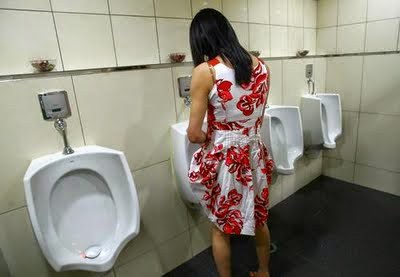 
Dr. Paul R. McHugh, the former psychiatrist-in-chief for Johns Hopkins Hospital and its current Distinguished Service Professor of Psychiatry, said that transgenderism is a “mental disorder” that merits treatment, that sex change is “biologically impossible,” and that people who promote sexual reassignment surgery are collaborating with and promoting a mental disorder.

Like Orwell said about “restatement of the obvious.”
Only slightly less obvious is McHugh’s refutation of the liberal argument that we must pander to the delusions of the sexually perplexed to prevent them from committing suicide.

Although it has only been very recently that anyone would doubt the veracity of Dr. McHugh’s observations, he is swimming against a powerful current.

While the Obama administration, Hollywood, and major media such as Time magazine promote transgenderism as normal, said Dr. McHugh, these “policy makers and the media are doing no favors either to the public or the transgendered by treating their confusions as a right in need of defending rather than as a mental disorder that deserves understanding, treatment and prevention.”

Being a doctor, McHugh can be forgiven for missing the point. Obama, Hollyweird, and the media are not in the business of helping the sick to become healthy. Their objective is to make the dysfunctional even more dysfunctional so as to make society dysfunctional.

I find the last paragraph summarizes the situation quite nicely.

That last paragraph is probably why I posted this because it gets right down to the truth of the matter.

I don't care so much about Transgender people. What do I care?

But I do care about the fact that everywhere I look Obama and his orcs are trying to destroy Western Civilization.