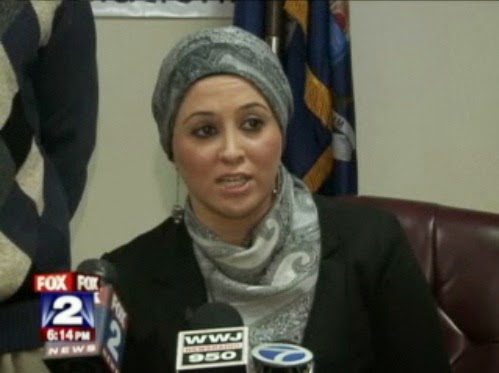 Even Those With The Intelligence of a Rock Will Say,
"There Is A Jew Hiding Behind Me"

From the Investigative Project on Terrorism:


While the world recoils in horror at the brutality shown by the Islamic State in Iraq and Syria, an attorney for the Council on American-Islamic Relations (CAIR) apparently gave serious consideration to a wild conspiracy theory alleging that ISIS is a Mossad and CIA “proxy force.”

Lena Masri, a CAIR attorney in Detroit, linked from her Facebook page Aug. 22 to an article by Iran’s official news agency, IRNA, about ISIS and its rise to prominence. Among its claims, ISIS leader Abu Bakr al-Baghdadi, the self-proclaimed caliph of the Islamic State, “is really Simon Elliot, a Jewish agent for the Zionist intelligence agency Mossad.”

The notion rated a “pants-on-fire” from fact-checking site “Pundit Fact,” three days earlier, but Masri chose instead to put the question out to her Facebook friends. “Any truth to this???” she wrote.

Why, of course, this is the kind of question that troubles "Moderate Muslims". Right?
Posted by Pastorius at 12:42:00 am