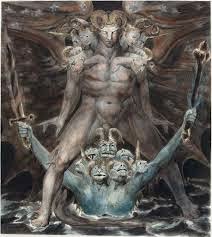 Of the "Last Days", Jesus proclaimed:


"Then many will fall away, and they will betray one another and hate one another. And many false prophets will arise and lead many astray. And because of the increase of lawlessness, the love of many will grow cold. But the one who endures to the end will be saved. And this good news of the kingdom will be proclaimed throughout the world, as a testimony to all the nations; and then the end will come."

In II Thessalonians, we are warned of what has come to be known as the "Great Apostasy",


... that day shall not come, except there come a falling away first, and that man of sin be revealed, the son of perdition;

Who opposeth and exalteth himself above all that is called God, or that is worshipped; so that he as God sitteth in the temple of God, shewing himself that he is God.

Remember ye not, that, when I was yet with you, I told you these things? And now ye know what withholdeth that he might be revealed in his time.

For the mystery of iniquity doth already work: only he who now letteth will let, until he be taken out of the way.

And then shall that Wicked be revealed, whom the Lord shall consume with the spirit of his mouth, and shall destroy with the brightness of his coming:

Even him, whose coming is after the working of Satan with all power and signs and lying wonders,

And with all deceivableness of unrighteousness in them that perish; because they received not the love of the truth, that they might be saved.

And for this cause God shall send them strong delusion, that they should believe a lie:

That they all might be damned who believed not the truth, but had pleasure in unrighteousness.

I've wondered for years what all this means. What would be the mechanism by which whole populations would be brought to a place where they would "believe a lie" and abandon their faith en masse.

As with all prophetic scripture, I tend to believe it may mean something different to each generation.

That being said, I have been noticing a new delusion, repeated over and over, in various circles of the political world, the Academic world, and the religious/Judeo-Christian world.

Here, this delusion is given voice by one Ojo Taylor (a musician who used to lead a marginal Christian "Punk" band, whose shallowness of purpose was only surpassed by their fraudulent "Punk-ness). Describing his falling away from his own Christian faith, Taylor proclaims:


There was not a single moment when I woke up and "decided" I was now going to be an unbeliever. My faith was dismissed little by little over a number of years until at one point I realized there was just nothing left.

We may not survive this century and religion and its various worldviews will have a lot to do with that.

I am interested in knowing more about it because I feel like I gave so much of my own life and time to it. How did that happen? Why?

I am not interested, however, in living a life of faith where I define what's real only by what some ancient text, tradition or religious authority says.

So, the point seems to be, how could he possibly believe in religion, when religions and ancient texts, in general, will largely be responsible for the kind of strife in our world that would bring about a potential apocalypse.

Not one religion in particular, but religions in general.

This assertion, of course, does not correspond to reality, if one simply takes a look around the world.

Wherever one looks one religion, Islam, is at war with the adherents of all other religions, as well as the non-religious peoples of the world, and whatever ideas they come up with.

And that would include Ojo Taylor.

Mr. Taylor, being that he is no longer a Christian would not be afforded the protections that are granted to the "People of the Book" under Islam. Ojo Taylor would not even be given the opportunity to pay the Jizya. He is a simple Unbeliever. He is a person who "stirs up mischief in the land", and the punishment for that, under Islam, is death for people like Mr. Ojo Taylor.

There are no Christians, Jews, Hindus, or Buddhists seeking to murder Ojo Taylor for his apostasy. But there are hundreds of millions of Muslims in the world who would approve of the murder of Ojo Taylor  by an organization such as ISIS, the Taliban, or Al Qaeda, for the "crime" of his proclaiming his unbelief.

There is only one religion, one ancient text, which is bringing death and destruction to the rest of the Earth, and yet over and over again, I am hearing this same idea put forth, that our world is imperiled by the religious people who live their lives according to "ancient texts".

It seems, this is becoming, and will become, the excuse for the Great Apostasy.

I can imagine some abominable Jihad attack being released upon the Western nations, who might then retaliate in some form that would be believed to have the effect of silencing the Jihadists. And I can imagine that such a retaliation might only bring more Jihad attacks, more suicide bombings, more death and destruction.

And then, some leader will arise, and blame the whole "cycle of violence" on "religions and ancient texts" and the adherents thereof.

And this leader would invite the peoples of the world to join him and go beyond these "ancient texts which are the source of the wrath which has brought such destruction to our Earth."

And, it would seem the most natural thing in the world to believe him, wouldn't it?

Even though only one religion is at war with all others ...

P.S. - I do want to be clear about this: Ojo Taylor does not say his whole reason for renouncing his faith is that "Religion based upon Ancient texts is violence-producing". He says he lost his faith slowly over time, and there were many reasons.

My reason for picking on him is two-fold,

2) because he gave credence to this oft-voiced accusation against Christianity and Judaism, and religion in general, even though the accusation is demonstrably wrong, and I am tired of hearing it. You could say his voicing of this criticism is the straw that broke the camel's back for me.
Posted by Pastorius at 3:49:00 pm

you mean Lucifer's followers- the Lucifer that S.Alinsky gives honor in his book Rules for Radicals-
H. Clinton/bho and their ilk were mentored by Alinsky - look what we have ---
C-CS

The rise of Chrislam

Although I am a Indian Hindu and love my religion I believe Christ is a divine force and I believe in Mother Mary. Most religions in the world if you deeply go into the philosophy tell us that the fight between good and evil will become intense and finally dark forces will be defeated and God's kingdom upon earth will be established to make mankind happy and blessed. I think now it is at its intensest.Darkness thickest before dawn. Let us all pray for victory of the Lord and death of all the dark and negative forces of the world. Amen.

Although I am a Indian Hindu and love my religion I believe Christ is a divine force and I believe in Mother Mary. Most religions in the world if you deeply go into the philosophy tell us that the fight between good and evil will become intense and finally dark forces will be defeated and God's kingdom upon earth will be established to make mankind happy and blessed. I think now it is at its intensest.Darkness thickest before dawn. Let us all pray for victory of the Lord and death of all the dark and negative forces of the world. Amen.