Yes Virginia, the world is no different

DEBKAfile August 26, 2014, 11:45 AM (IDT)
Direct Hamas hit Tuesday to an Ashkelon home with a new weapon left 59 people injured, 29 seriously. The 345mm missile with an extra-large warhead was not known to be present in the Hamas arsenal. It was used for the first time on the 50th day of the Gaza conflict to cause the largest number of Israeli casualties of any single rocket so far, and also level a residential house and badly damage buildings within a wide radius. The IDF is investigating the provenance of the deadly new rocket.

A fourteen inch (345mm) rocket, btw is equivalent to the size of the average battleship gun in WW2.
While Gaza buildings being whacked into powder makes for worldwide video, aside from these few lines, this event didn’t even happen.
Maybe this is because we expect no more from HAMAS-ISIS than hitting homes REGARDLESS, since what makes them a ‘legit’ target is the religion of the occupants.
But I think that there will be a headline generated by the response from Tel Aviv.
When will the Israeli govt make clear that to the jewish people around the world, this struggle is no less vital than WW2, and the world should be asking why Gaza, then does not look like this: 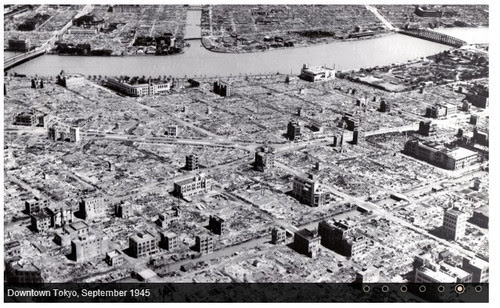 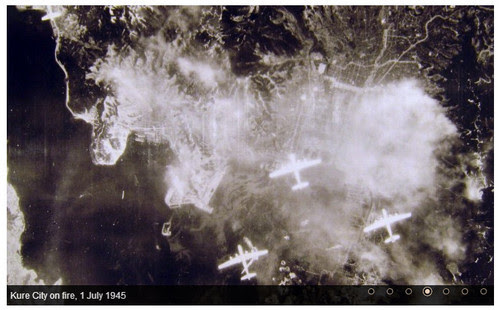 Japan could NEVER have destroyed the USA in 1945, yet not only was there no relenting, our efforts become more intense for two reasons
Both of these reasons are true for Israel in Gaza and it’s enemy.
Yet Gaza for all the reportage, looks NOTHING like Tokyo.
And Israel, in the eyes of it’s worldwide reporting, looks like merciless killer despite the fact they have been saying for MONTHS they would give quiet for quiet.
This is Israel’s failure for not drawing the OBJECTIVELY FACTUAL causes for this war, and it’s unavoidable nature.
HAMAS and ISIS being the same might be true.
That HAMAS are terrorists might be true.

But the idea that that Gaza (which chose this fate by greater than a 60% vote) is Tokyo, or Berlin, is missing, and especially the question to the world about why Gaza, DESPITE THAT FACT, bears no resemblance to those cities.
Posted by Epaminondas at 10:40:00 am

Israel is 100% correct. They don't care for other's certificate. They are damn decided to protect their people and kill those that wants to harm them. Zero tolerance to any dark forces. I like Israel.