Polls: More than 70% of the French expect that France will be forced under submission to Islam 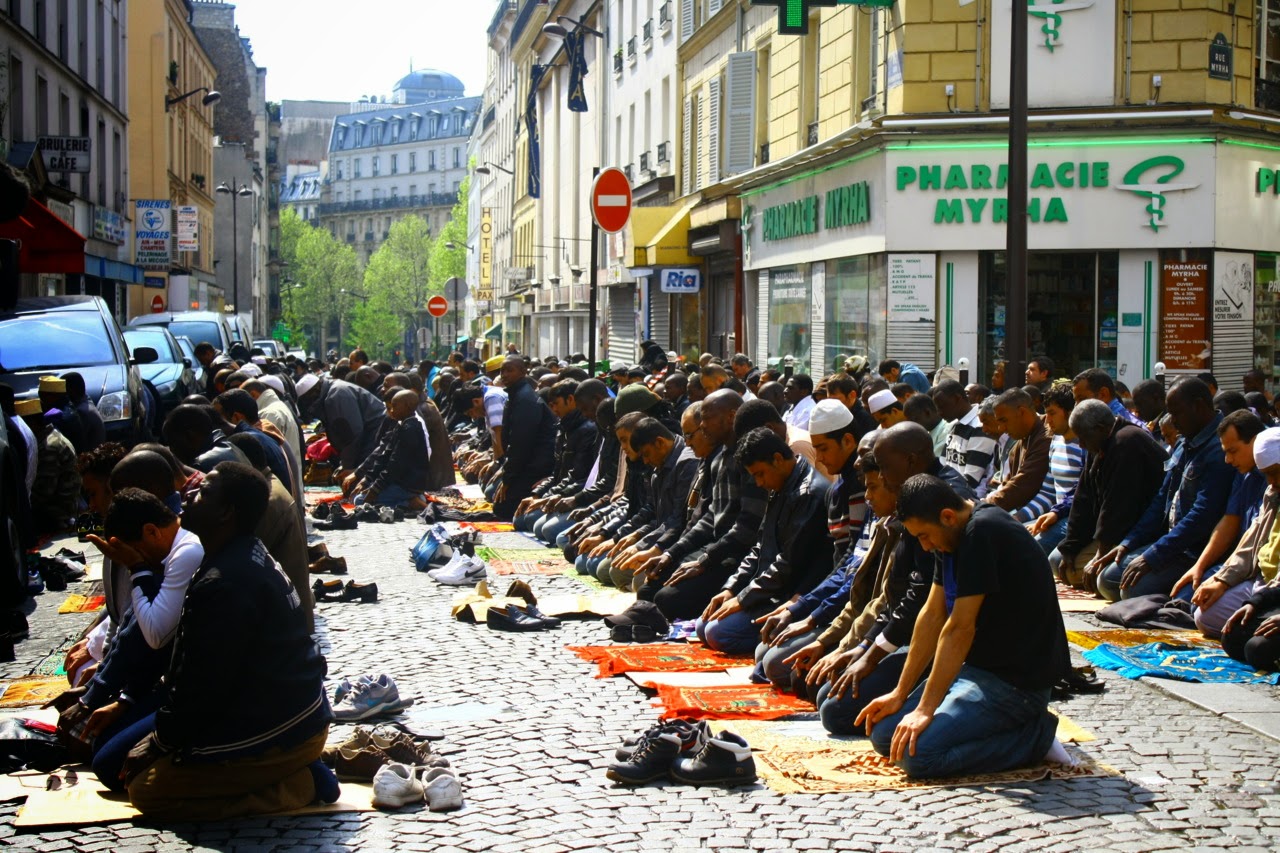 More than 8,000,000 Muslims live in France, most of whom are French citizens, and the Muslim population in France continues to grow. France is now the main Muslim country in Europe. Successive French governments can decide to expel a Muslim preacher or a recruiter of jihadist fighters; they can deny visas, but they seem unable to do more.
Although the French government denies it, it seems clear that substantial ransoms were paid to Islamist groups for the release of French hostages: $28,000,000 to al Qaeda in Niger in October 2013 and $18,000,000 to Islamic State in Iraq and the Levant in Syria, on April 19.
The creation, on April 25, by French Interior Minister Bernard Cazeneuve, of a counseling center, website and telephone hotline to “advise” parents whose children are in the process of radicalization seems almost ridiculous. Entire neighborhoods are controlled by Islamist preachers and Bernard Cazeneuve knows it: officially, administrative authorities call these neighborhoods “Sensitive Urban Zones,” presumably because at any time they can explode. Unofficially, the police call them “Sharia Zones”, and have been ordered by the Department of the Interior to keep out.
Polls show that the French are now the most pessimistic people in Europe. They also show that more than 70% of the French are afraid of the rise of Islam in France: they expect that France will become a country under submission to Islam.
Posted by Pastorius at 8:40:00 pm

Yep. You're absolutely correct about that.

Hi Pastorius,
not good. How about deconstruction of Islam?

Hey Felix,
Good to see you. HOpe things are well.

What do you mean, how about deconstruction of Islam?

I'll explain another time. Anyway the article re France is scary. What can they do? Maybe repatriation, pay people to leave. I don't know.

Well, I look at the site that this poll is from - Muslim Statistics - and I think this:

Finally after13 years of war, we are beginning to do some research into the attitudes of Muslims, and the people affected by living with Muslims.

For years, sites like IBA have been blitzkrieging the world with news article after news article in a prolonged attempt to establish a fact pattern which supports the assertions we make about how the Koran affects the way Muslims think and live.

We have been only somewhat successful because news story after news story is anecdote after anecdote.

But polls are statistics. They are something to be referenced. This is how the academic world functions.

In other words, FINALLY WE HAVE SOMETHING TO FEED THE ACADEMICS. Finally something the supposed intelligentsia can gobble up and process.

I think, perhaps, we are making some headway.

Add to this the fact that now ISIS is emboldened and seems to believe they can carry the Black Flag of Islam in the streets of France, England and America, this means they are about to overstep their bounds.

This is what I have been waiting for to happen. I can not wait.

The minute they really lay into us on our own soil is the minute the Americans will finally wake up and fight.

I agree eith youn100% pasto. There is silver lining in all this. Maybe all of this will, in the words of a famous movie, swim up and bite the west on the a** and we will wake up.

Lord save us us. Guide our footsteps and give us strength to fight against all dark forces. I am a Hindu Indian. As per Hindu philosophy it is the war between Good and Evil(Deva or gods vs. Asura or demons ). Those Fundamentalists are dark forces. They need to be defeated and annihilated so that mankind can progress.May goodness and Truth be victorious. Amen.