Dickens On Crack: More on The Rotherham Rapes/Child Molestations (By Muslims Against Young English Girls) 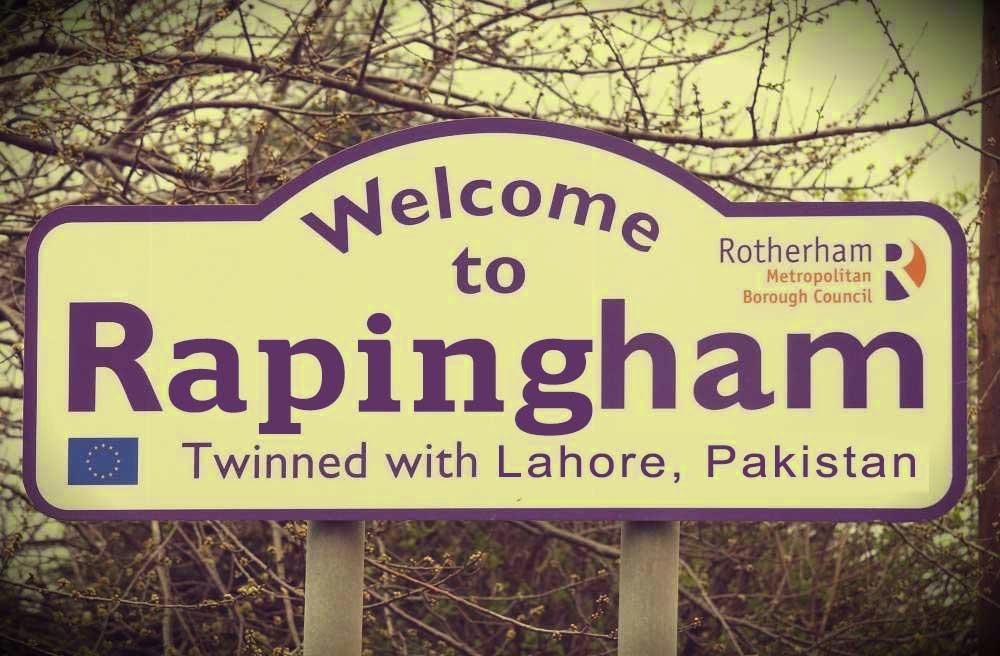 I’m living the high life, boasts released child abuser who was jailed for part in Rotherham grooming gang as he jets off on holiday to Pakistan

His victim Lizzie, who was only 12 when she was groomed by Umar Razaq, has been left distraught by the posts, saying he ‘taunted’ her on the social networking site after being released from jail.
Posting a selfie in sunglasses on Facebook, Razaq boasted: ‘Can’t wait… Roll on to the lifetime holiday’.


The abuse is STILL going on – and now it’s even worse: SUE REID broke the story of sex gangs preying on young white girls. This week one victim took her round Rotherham and pointed out her attackers still swaggering the street

The sprawling, ugly bus station in Rotherham town centre brings back horrific memories for Emma Jackson. Nearby, on wasteland, and at the age of just 13, she was savagely raped by a man called Tarik as his laughing friends took photos on their mobile phones.
It was a brutal end to pretty Emma’s innocent childhood. By 15, she had been sexually assaulted by 54 more men: her body sold time and again by Tarik to his friends, relatives and acquaintances, in the backs of cars, in terrace houses and even in the undergrowth of the magnificent Victorian park at the centre of this once proud South Yorkshire town.

I hate to say it this way, but if such a thing was going on here, I have a feeling vigilantes WOULD BE OUT with sniper rifles and disappearing the perps

As I said the other day, if the measure of a society is how it treats it's woman, then a society which does nothing when it's women and children are raped is a terrible and possibly even evil society.

If the law won't do anything, that does not mean the society should do nothing.

IT MEANS THEY SHOULD TAKE IT INTO THEIR OWN HANDS.

So you might hate to say it that way, but I don't, because it is simply the truth.