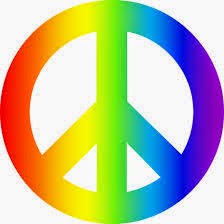 From article: "We have closed our eyes to the reality that to fight for ISIL and to slaughter and maim on its behalf is a political act, not a religious one."

The sadistic beheading of the American journalist James Foley by an ISIL killer apparently from Britain, just a few days ago, is the first such killing of an American by a jihadist with a British passport.

But it is the second ritual beheading carried out by British Islamists (the head of a British soldier, Drummer Lee Rigby, was hacked from his body by two of them in Woolwich, London last year in full public view).
Jihadists from Britain are at the forefront of the most violent extremism seen in modern times and many will properly be puzzled by how such people be citizens of a civilised country like Britain and why we seem powerless to prevent them from behaving like this.

On 8 October last year Andrew Parker, head of MI5, Britain’s security service, said there were ‘several thousand Islamist extremists’ in the UK. He also said that the UK has ‘one of the most developed and effective set of counter-terrorist capabilities and arrangements in the world’. Adding ‘for the future there is good reason to be concerned about Syria. A growing proportion of our casework now has some link to Syria, mostly concerning individuals from the UK who have travelled there to fight or who aspire to do so. Al Nusrah and other extremist Sunni groups there aligned with Al Qaeda to attack western countries’.

If we knew all this last autumn, and if our capabilities and arrangements are so superb, why have we not only failed to eliminate the jihadist danger but actually seen it increase? Today about 500 young Muslims from Britain have travelled to Syria, turning jihad into a gap-year activity.

One answer is that instead of quizzing Parker (and his colleagues from MI6 and GCHQ) as to what should be done about several thousand extremists in Britain, Britain's intelligence community was stunned by a barrage of criticism from civil liberties groups and the libertarians in the Tory and LibDem parties, a bizarre coalition, which was frequently joined by prominent ‘human rights’ lawyers.

Already under attack from this lobby thanks to the appalling activities of Edward Snowden, and of Julian Assange before him, our intelligence chiefs found themselves having to justify their work on our behalf instead of being able to request more resources and firmer policies to make carrying it out easier for them.

Just a few days ago another jihadist from London, known previously only as a rapper, whose music was broadcast on the BBC, was seen in ‘the Islamic State’ proudly holding the severed head of a soldier under the caption ‘Chillin’ with my homie of what’s left of him’.

Another Brit, Reyaad Khan, 20, from Cardiff boasted online of his ‘martyrdom ops’, ‘planning “fireworks” ’ and ‘executing many prisoners’. Abdul Amin, an engineering student from Aberdeen texted that joining ISIL was one of the ‘happiest moments of his life’. There are many other like these: the list is very long. Foreign Secretary Philip Hammond has admitted that ‘significant numbers’ of Britons are involved in the commission of atrocities’.

It is now obvious to everyone that almost ten years after the London bombings, Britain has a serious and growing problem when it comes to young British Muslims becoming radicalised and turning to terror. What now needs to be reflected upon is why this should be the case – and what our policy makers must do about it.

Part of the problem is that many Muslims in Britain come from parts of the world like Pakistan, Bangladesh, the Horn of Africa, where political violence is endemic. Yet the biggest single trigger of jihadism here has been our adherence to ‘multiculturalism’ which has meant that we have for far too long allowed vile Islamist ideologies to be propagated under the cover of ‘free speech’ or ‘religious freedom’.

Islamists in Britain have been able shamefully to exploit our proud tradition of freedom and staying out of religious disputes, seen as questions of personal faith. We have closed our eyes to the reality that to fight for ISIL and to slaughter and maim on its behalf is a political act, not a religious one.


Professor Anthony Glees MA M Phil D Phil (Oxon) is the Director of the Centre for Security and Intelligence Studies (BUCSIS) at The University of Buckingham
Posted by Quill at 6:14:00 pm