RELIGION OF TOLERANCE: Imam In Canada Calls for Moderate Muslims to Be Killed of Jailed for Life 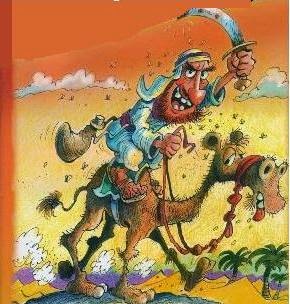 It goes on to describe two types of apostasy. The first kind is private rejection of some important aspect of Islam, with neither a public component, nor any attempt to persuade others. The second category is a rejection of Islam that translates into positive action in opposition to Islam, including joining a “vile group” in fighting Islam, spreading atheism, undermining belief in Islam, or spreading “corruption among the people”.
The consequence he speaks of for both infractions are telling. (Keep in mind, this guy lives in North America.) For the first category, you need not fear death. You’ll merely be “asked to repent” and then be thrown in jail to rot until you repent or die, whichever comes first.
The penalties for the second class of apostasy are heavier (quoting the text):

“His verdict will not be a regular execution. His verdict will be identical to the punishment for banditry. ‘Indeed, the penalty for those who wage war against Allah and His Messenger and strive upon earth [to cause] corruption is none but that they be killed or crucified or that their hands and feet be cut off from opposite sides.’ [Quran 5:33]. This is the difference between them. The first will be asked to repent and the second will be killed immediately without repentance or asking him to repent…

To round this list out, he adds two other ways to become “apostate”. The first example: “Westerized Muslims” (also described as secular) learn the Arabic language and culture to undermine Islam. Then they say outrageous things like “Islam oppresses women”, or “why is a person who drinks wine flogged 80 times”?
The final cause of apostasy in his list should be interesting to international policymakers:

“Another aspect of apostasy is the alliance with the infidels… ‘O you who have believed, do not take the Jews and the Christians as allies.’ [Quran 5:51]. This is a very important issue… the meaning of the alliance is support, you support him [the infidel] against the believers, subordination, you act in self-deprecation, submit to him or make him judge in issues commanded by Allah, and then love, which makes you love him more than the believers or give him precedence over the believers… and humiliation by belittling yourself in front of him and surrendering to him on the expense of your religion.

“All of this is alliance, meaning that you are helping an infidel against a Muslim, that you give precedence to an infidel over a Muslim in a matter… that adds strength to the heresy and weaken the power of Islam.”