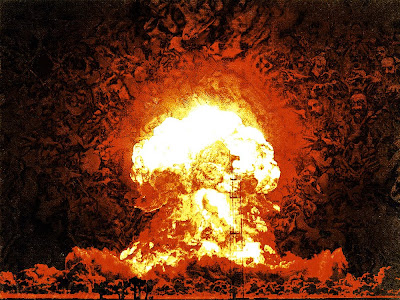 Rather, I'm referring to the insurance policy covering our automobiles and our home.


Coverage is provided for direct physical loss except for losses caused by any of the following:

b. Warlike act by a military force or military personnel; or

c. Destruction, seizure or use for a military purpose.

Discharge of a nuclear weapon will be deemed a warlike act even if accidental.

Never before have I seen anything like the above from my insurance company!

Do they know something is about to happen?