A Voice In Waco 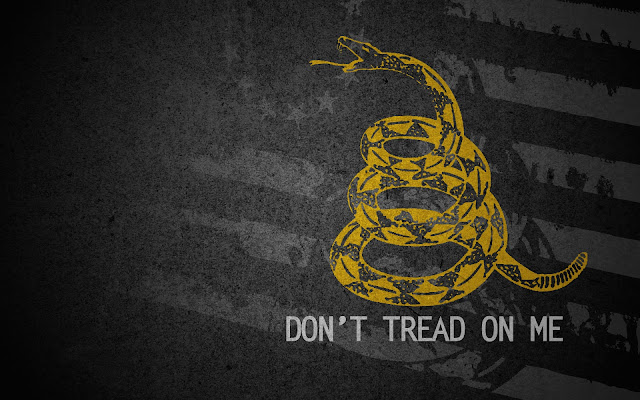 From the Aging Rebel:


A member of the Desgraciados Motorcycle Club named George Bergman appeared at an examining trial last Friday in Waco. Bergman had just arrived at the Twin Peaks restaurant last May 17 and was walking to the Don Carlos restaurant on the other side of the parking lot to use the bathroom there when he heard a gun shot.
He was detained, found to be in possession of two, small, legal knives incarcerated for hours and finally arrested. He spent 20 days in jail before being released on $80,000 bail. He lost his job and continues to suffer from injuries suffered during his incarceration. Last Friday he asked that the charges against him be dismissed because there was no probable cause to believe that he was guilty of participating in organized criminal activity.
A judge named James E. Morgan refused to dismiss the charges so Bergman’s nightmare will continue. But before he left the court he read the following statement into the record.

My name is George Bergman and I want to introduce myself to the Court and to the District Attorney’s Office and tell you who I am.
I am 48 years old. I am a long haul truck driver. I have been married to my wife, Judy, for the past 24 years and I am still on good terms with my ex-wife, Kimberly, who I was married to for two years when I was younger. I am the proud father of five children (Ashley, Stephen, Joshua Jonathon, and Jayanna), one of whom is a highway patrolman, and I am also the proud grandfather of six grandchildren. I work hard for my family and have been law abiding my entire life. I also want to tell the Court and the District Attorney’s Office who I am NOT. I am NOT a gang member and I am NOT a criminal. My life is my family and one of the few outside interests I have is motorcycles. I am a member of the Desgraciados Motorcycle Club that has about ten or eleven members. To my knowledge this Club has never been involved in any type of violence whatsoever. The funny thing is that I was not even planning to go to the Confederation of Clubs meeting at Twin Peaks on May 17, 2015. Nevertheless, my wife had to go out of town and it was a beautiful day so, at the last minute, I decided to ride my motorcycle down to the COC meeting without about four other club members. What is also funny is that I thought the meeting was at the Texas Roadhouse and did not realize it was not until we passed it by.
When I arrived at Twin Peaks, I parked my bike and when I saw how crowded Twin Peaks was I decided to use the restroom at the Don Carlos restaurant. Just as I started toward Don Carlos I heard shooting and ducked behind some cars. I then saw one police officer in front of me just shooting wildly toward the crowd at Twin Peaks with a rifle and then one officer ran past me and told me to stay on the ground. I want it to be clear that I did NOT take place in any violence that day. I had been to several other COC meetings and there was never any violence at the meetings. I left my gun in my Motorcycle because I never dreamed I would need it when going to a COC meeting. There are things from that day I will never get out of my mind:
•    The police shooting into a crowd of motorcyclists.
•    Me calling my wife at 12:27 and telling her,  ‘Baby I love you and I may never see you or talk to you again. I am in
the middle of a police shootout “
•    Having the police dump a body of one of the bikers in front of me and me having to try to plug the hole where he was shot to help stop him from bleeding out and dying.
Although I was originally told I was being taken to the Convention Center to be questioned, I was later arrested and my bond was set at $1,000,000. Thanks to my attorney at the time, Brittany Lannen, my bond was finally lowered to $80,000 and thanks to be ex-wife who posted my bond I was released after spending 20 days in jail. As a result of being in jail I lost my job. I now also suffer from shoulder problems because of the length of time I was kept zipped cuffed. I am also being treated for Post Traumatic Stress Disorder. I have been getting work here and there to support my family but it has been tough.
In summing up, I know a lot of people are looking at this situation and judging it with the luxury of perfect hindsight, however, as I said, I had been to several other COC meetings and I had no reason to expect any violence on May 17th. I try not to judge others but I feel betrayed by a system in which I could be an innocent bystander, get arrested, be told I have to post a $1,000,000 bond and then have to sit in jail 20 days and lose my job and my ability to provide for my family.
I was not part of a conspiracy to commit murder. The only conspiracy I was part of was a conspiracy to drink beers and eat hamburgers with my friends.
Posted by Pastorius at 11:19:00 pm

He is obviously lying because the Waco PD would never arrest an innocent man unless he was part of a group of 177 miscreants and they were a threat to the Waco cop way of life as the high school bully they once were.