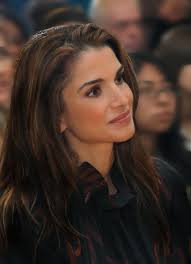 She's Not Wearing a Burqa, She's Begging To Be Raped


From the "If you don't go out on a date with me, I'll kill you and your whole family" school of propositioning.

Take a few million of these people... or they'll turn into terrorists and kill you. And hope they don't do that anyway. At which point you'll be stuck with a whole lot of terrorists anyway.

Jordan’s Queen Rania has used a speech in Berlin today to call upon Europe to help more Syrian refugees – and not to ‘bolt the door for fear of the unknown’.

That's a great speech coming from the queen of a country that refuses to give its own "Palestinians" citizenship. Europe isn't supposed to "bolt the door for fear of the unknown".

That's a privilege reserved for her Hashemite kingdom. But then again she and her husband know exactly what they're bolting the door against. Europe isn't supposed to.

The royal, who has consistently spoken out about the perils of extremism, also warned that refusing to help could lead to a ‘disillusioned generation’ who would prove easy prey for terrorist recruiters.

‘Denying refugees their basic rights risks creating a defeated and disillusioned generation,’ she said, ‘who, at their most desperate, could be susceptible to extremists’ ideology.’

Jordan is currently home to an estimated 1.4 million refugees – 20 per cent of the country’s population – many of whom are living in camps close to the Middle Eastern country’s northern border.

Jordan, which denies refugees basic rights, is warning Germany not deny them basic rights. Jordan doesn't want to take in their own people. They want Europe to do it.

And Queen Rania is warning Europe that if it doesn't take in a whole lot of Muslims... they'll turn to terrorism.

Fuck her in the ass with Mohammed's corkscrew shaped putz.
Posted by Pastorius at 5:02:00 pm


The mosque was built for the Ahmadiyya Muslim community to provide people with a meeting place and somewhere to hold social religious events. It is understood up to 50 per cent of the mosque is alight.

So in other words, it's more than likely some miserable Scuzlims set the Mosque on fire.

Looking around at the source for the above story about the mosque fir, one cannot help but notice a string of stories which reveal the unfolding catastrophe (insufficient housing, schooling, medical services) on the horizon brought on by the forced acceptance of migrants

Rania, you ignorant Muslim bitch. You are at the top of the ISIS hit list. And when ISIS hits you it ain't gonna be just a little rape thing. You know the fuckin' deal goddamit! You can't save Jordan and you can't redeem Islam.