It appears Our Hero 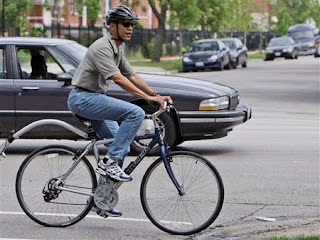 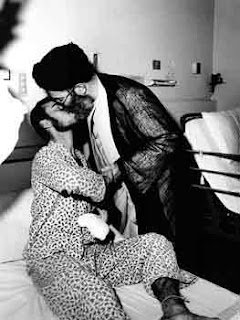 who treat traitors to the regime thusly 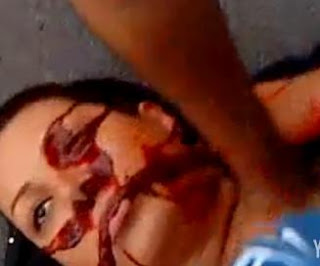 Don't that just make you all warm & fuzzy inside?

WASHINGTON (AP) - The Obama administration is open to discussions with Iran over its nuclear ambitions despite protests questioning the legitimacy of President Mahmoud Ahmadinejad's re-election, U.S. officials said Sunday.

The U.S. has not had diplomatic relations with Tehran since the aftermath of the Iranian revolution in 1979. On Saturday, Ahmadinejad said he would make the U.S. regret its criticism of the postelection crackdown and said the "mask has been removed" from Obama's efforts to improve relations.

Susan Rice, the U.S. ambassador to the United Nations, said Sunday that Ahmadinejad is falling back on his government's usual strategy of blaming the West and the United States in particular for its internal problems.

"This is a profound moment of change. And what Ahmadinejad says to try to change the subject is, frankly, not going to work in the current context, because the people understand that the United States has not been meddling in their internal affairs," she said.

The legitimacy of the government, while questioned by the people of Iran, is not the critical issue for the U.S. goal of preventing Iran from developing a nuclear capability, Rice said.

"It's in the United States' national interest to make sure that we have employed all elements at our disposal, including diplomacy, to prevent Iran from achieving that nuclear capacity," she said.

Both Rice and David Axelrod, Obama's top adviser, said Ahmadinejad doesn't appear to have the final say over Iran's foreign policy. Axelrod, dismissing Ahmadinejad's harsh language against the U.S. and Obama as "bloviations," said being open to talks with Iran is not an effort to reward the country.

"We are looking to ... sit down and talk to the Iranians and offer them two paths. And one brings them back into the community of nations, and the other has some very stark consequences," Axelrod said.

White House officials pointed to Obama's remarks last week, urging engagement. "My expectation would be ... that you're going to continue to see some multilateral discussions with Iran," Obama said Friday.

Officials in Washington said they want Iranian officials at the negotiating table—which, they say, was not destroyed during the postelection demonstrations in Iran.

"We are also mindful of the fact that the nuclear weapons in Iran and the nuclearization of that whole region is a threat to that country, all countries in the region, and the world. And we have to address that. We can't let that lie," Axelrod said.

Axelrod said Tehran faces a choice between engaging the West or facing further isolation in the wake of a presidential election that sent protesters to the streets and questions about its validity.

Rice said the protests signal a profound moment of change in Iran and that the consequences of the protests have yet to unfold.

"Something extraordinary has happened of late in Iran, and the popular discontent, the incredible diversity of the coalition that has come together to demand change, from women to the elderly to youth, the very religious to the more secular, has been quite extraordinary," she said.
Rice appeared on CBS' "Face the Nation" and Axelrod on both ABC's "This Week" and NBC's "Meet the Press."

Of course, he had no problem meddling, attempting to keep the Communist leader of Honduras in power.