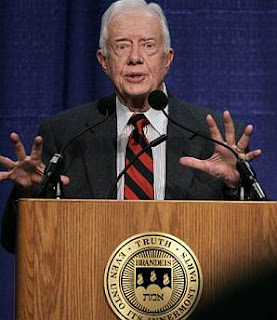 Thanks to the commenter Total:

Dhimmicrat (n):
A person, usually liberal, who is willing to overlook abuses to free speech, women's rights, gay rights, etc., in Arabic countries due to their blinding hatred of the conservative political movement in the United States.

Example: Someone who think George W. Bush is a greater threat to gay rights than mullahs in Iran who literally execute people for being gay is a dhimmicrat.